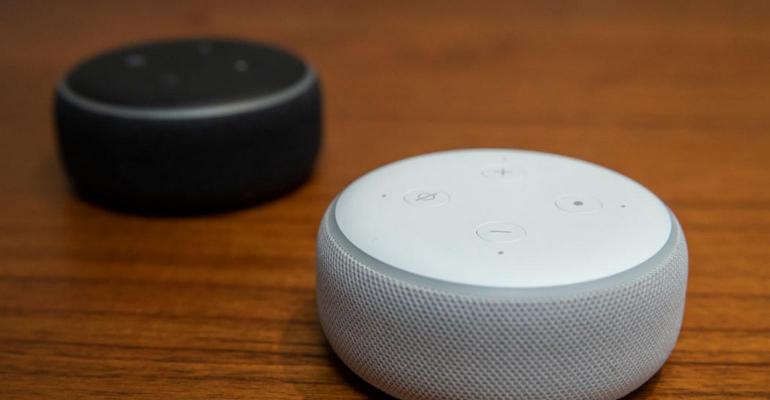 Amazon.com Inc. is updating its Alexa voice software to let users delete recordings of their voice using a spoken command, a move that follows criticism of the company’s privacy practices related to its digital assistant.

(Bloomberg) -- Amazon.com Inc. is updating its Alexa voice software to let users delete recordings of their voice using a spoken command, a move that follows criticism of the company’s privacy practices related to its digital assistant.

A set of updates offers users who have opted in online the ability to say “Alexa, delete everything I said today,” or, in a coming update, delete their most recent utterance. Previously, the only way to remove recordings was a tool on the Alexa privacy website or on the companion smartphone app.

“It’s a good step in the right direction,” said Florian Schaub, a professor at the University of Michigan who has researched privacy issues related to smart speakers. Recent reporting and research on Amazon’s digital assistant, he said, likely “helped inform these decisions” by the company.

Bloomberg reported last month that some Amazon employees listen to users’ voice recordings as part of an effort to improve the software. In some cases, those workers can access the location of the person whose voice they are transcribing. Amazon’s privacy and user policies didn’t explicitly disclose either practice.

Meanwhile, a coalition of children’s and privacy groups asked the Federal Trade Commission to investigate whether Amazon had violated children’s privacy laws by giving parents insufficient control of their kids’ data. And CNET reported that even after users delete Alexa voice recordings, a text record of that information lingers on Amazon’s servers. (Amazon said it was working on an update that would remove those text records from all of its systems after a user tries to delete them.)

Amazon’s move also comes as other technology giants make a point of touting their own efforts to safeguard user data. Facebook Inc., under fire after a string of privacy scandals, has started emphasizing privacy features. Alphabet Inc.’s Google highlighted its own work on the topic at its developer conference earlier this month, and Apple Inc. has made privacy a cornerstone of recent marketing campaigns.

“It could be Amazon feels that they need to be in the same game,” Schaub said.

The company also gave its Alexa privacy website a facelift, adding a bit more explanation to how the software works. The company’s Echo Show 5, a new version of the screen-bearing smart speaker line, announced on Wednesday, comes with a shutter that lets customers cover the built-in camera.