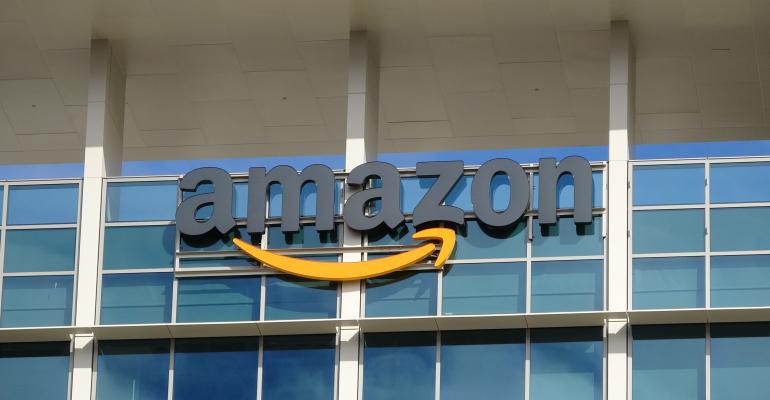 Amazon Antitrust Complaint Lodged in U.S. Gets Attention in EU

The EU’s request could add a new strand to the antitrust probe it opened in July that’s looking into how Amazon’s retail arm uses data gathered on marketplace merchants to gain an advantage.

(Bloomberg) -- Amazon.com Inc.’s big push into logistics is getting scrutiny from European Union antitrust regulators who asked the U.S. to share an online merchant’s complaint against the retail giant, according to documents reviewed by Bloomberg and two people familiar with the matter.

The merchant accused Amazon of rewarding those who pay for the company’s warehousing, packing and delivery services with better visibility on Amazon’s e-commerce website.

The European Commission, which is already investigating Amazon’s double role as store and host to other retailers, asked a U.S. Congressional committee looking into big tech companies’ abuse of power to hand over a 62-page document from the long-time Amazon merchant made public by Bloomberg News last week. The paper is based on an analysis of thousands of Amazon transactions and accuses Amazon of “tying” its marketplace and logistics service together.

The EU’s request could add a new strand to the antitrust probe it opened in July that’s looking into how Amazon’s retail arm uses data gathered on marketplace merchants to gain an advantage. The EU’s concerns focus on how Amazon might use rivals’ data to beat the “buy box” that prompts shoppers to pick a store to buy a product. While the buy box winner is chosen by an algorithm, understanding how to beat it allows retailers to mop up most transactions for a particular product.

The merchant’s complaint suggests that using Amazon’s logistics service, Fulfillment by Amazon, might help a retailer win the algorithm. The merchant says he can’t pursue an antitrust case himself because he agreed to binding arbitration when he began selling products on Amazon. The person, who said he has paid Amazon tens of millions of dollars in fees in recent years, requested anonymity out of fear of losing business. The merchant alleged Amazon forced him and other online sellers to buy its logistics services even when more reliable and affordable options were available, which caused him to raise prices on shoppers.

The allegations are gaining further attention in the U.S., as well. During a House Committee on Small Business hearing earlier this week, Representative Jared Golden, a Maine Democrat, said he heard similar concerns from a company in his state that sells home-heating efficiency products. The Maine business, which sells products on the site but doesn’t use the company’s logistics services, is losing sales to competitors who pay Amazon extra fees for shipping services, Golden said.

Amazon Vice President Dharmesh Mehta responded by saying the company doesn’t design its search algorithms “to favor sellers or products based on who’s selling them or the fulfillment channel. We design them to prioritize what we think customers want most.”

An Amazon spokesman Friday said the company “will cooperate fully with the European Commission and continue working hard to support businesses of all sizes and help them grow.”

In an emailed statement last week, the company disputed many of the merchants’ allegations, saying Amazon’s logistics prices are competitive and its sellers aren’t penalized for using other delivery options. “Amazon has invested tens of billions of dollars in developing a world-class fulfillment network and we offer that network to sellers at highly competitive fees when compared to other options available to sellers. In fact, our research shows other comparable options available to sellers are approximately 50-80% more expensive” than Amazon services, the company said.

The European Commission and the House Judiciary Committee’s antitrust panel declined to comment.

Tying extra services to Amazon sales isn’t the initial focus of the EU case, which is currently still gathering information that could allow regulators build up a charge sheet, called a “statement of objections.” The EU usually needs to have formed clear arguments before it sends those objections, which can eventually lead to fines and a finding that a company violated antitrust rules.

Amazon this year managed to allay German antitrust worries that delivery programs could allow Amazon access to rivals’ inventories in logistics centers. The German Federal Cartel Office said in July that it dropped its concerns when the company explained “how it actually implemented the schemes and how sellers benefited from this.”