/sites/all/themes/penton_subtheme_itprotoday/images/logos/footer.png
Recent
Recent
Understaffing a Major Concern for IT Pros: Report
Sep 24, 2022
ServiceNow Extends Beyond ITSM with Now Platform Tokyo Release
Sep 22, 2022
15-Year-Old Python Flaw Slithers into Software Worldwide
Sep 21, 2022
Ninety Percent of Organizations Struggle with Ransomware
Sep 21, 2022
Featured
6 Tips for Controlling Your Cloud Costs in a Recession
Sep 12, 2022
How Inclusive Machine Learning Can Benefit Your Organization
Sep 14, 2022
How to Install Docker on Ubuntu
Sep 20, 2022
Google Apps vs. Microsoft Apps: Which Do Young People Like More?
Aug 26, 2022
Diversity and Inclusion
brought to you by 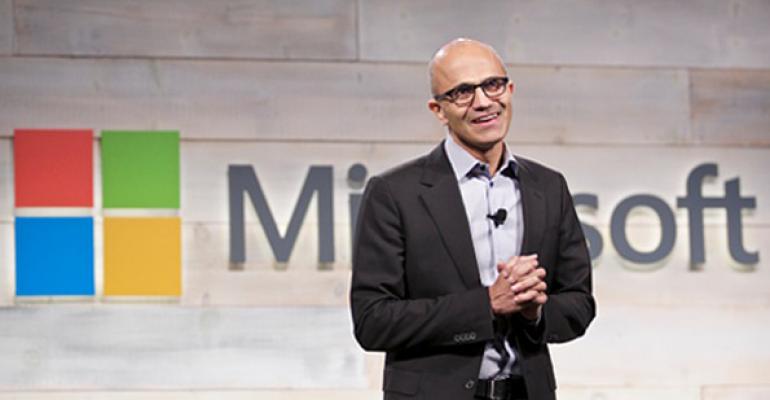 Microsoft Corp. said it will add $150 million to its diversity and inclusion investment while working to double the number of Black employees in senior and leadership positions at the company by 2025.

(Bloomberg) -- Microsoft Corp. said it will add $150 million to its diversity and inclusion investment while working to double the number of Black employees in senior and leadership positions at the company by 2025.

“We are committed to take action to help address racial injustice and inequity, and unequivocally believe that Black lives matter,” Chief Executive Officer Satya Nadella said Tuesday in an email to employees that was posted on the company’s website.

Microsoft and other large technology companies have come under fire for poor workforce diversity and hiring and promoting few Black executives and managers despite several years of public data reporting and pledges to improve. A former Microsoft employee in the Mixer video-game streaming division on Sunday posted an account alleging racist treatment at the hands of his manager and a lack of action by the company’s human resources department. Phil Spencer, the head of Microsoft’s Xbox, said Monday he planned to talk with the former employee later that day and looked forward to listening, learning and apologizing for the experience.

The total workforce at Microsoft and its family of companies such as LinkedIn was 4.4% Black, the company reported in its 2019 diversity report. Among technical employees and managers, the numbers are even lower.

Nadella’s email lists a series of steps the company said it has developed after discussions with senior executives and with input from Black employees and leaders.

“Each of us must be able to thrive in diverse teams,” he wrote. “Every manager must be able to attract, retain, and grow employees of all backgrounds. This is certainly true at Microsoft, and also more broadly. It is the new baseline for manager excellence across industries across the globe.”

Nadella said the efforts will be expanded in the future to other communities, including Hispanic and Latinx workers.

The company will expand its leadership development program to more Black employees at lower rungs of the company in order to prepare them for advancement and will strengthen programs that hold vice presidents and general managers accountable for diversity goals when determining bonus compensation and promotions. Microsoft will provide vice presidents with diversity coaches to “confront and resolve systemic obstacles within their organizations,” Nadella said.

Microsoft said it would double the number of Black-owned businesses on its approved supplier list over the next three years and spend an additional $500 million with these and existing suppliers. The company will also promote Black representation in its top 100 suppliers, which account for most of its spending, by asking them to disclose their diversity information annually and incorporating that into Microsoft’s evaluation of which companies are awarded contracts.

Nadella said Microsoft will double the percentage of transactions with Black-owned banks, as well as create a $100 million program that will invest in collaboration with the Federal Deposit Insurance Corp. to target Minority Owned Depository Institutions (MDIs) and will establish a $50 million investment fund to support Black-owned small businesses.

Microsoft will also invest to boost the number of Black-owned companies in its U.S. partner network and expand an existing justice reform initiative with a $50 million program over five years. The program will look to use data and tech to improve “transparency and accountability in our justice system” as well as “increase access to data to identify racial disparities and improve policing.”