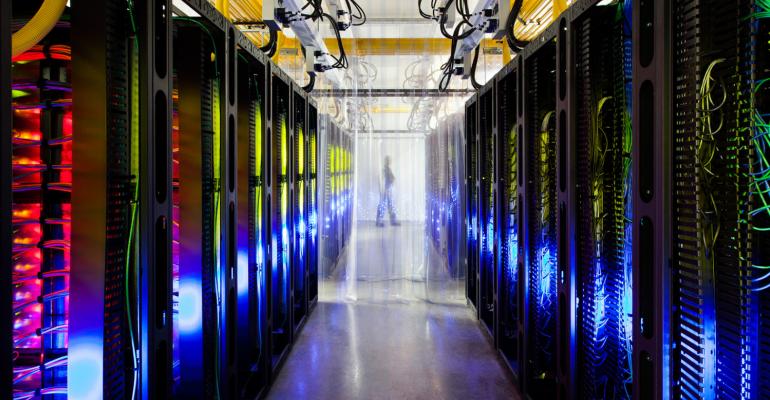 Why Companies Move Apps from Colocation to Cloud, and Why Some Move Back

Survey finds moving workloads to cloud works for many, but not for everyone

Despite stiff competition from the cloud, colocation providers have a bright future and will get their fair share of the business as enterprises increasingly outsource their data center operations, an industry analyst said.

Cloud is the fastest growing portion of the data center market, with global operational square footage hosting cloud infrastructure expected to increase at a 16 percent compound annual growth rate (CAGR) from 2017 to 2020.  But in that time span, colocation and the wholesale sector will also grow a healthy 7 percent CAGR, according to a recent report by 451 Research, titled Customer Insight: Future-Proofing Your Colocation Business.

“The clear trend is that capacity is being redistributed,” said Rhonda Ascierto, research director of data centers and critical infrastructure at 451. “Applications are going from on-premises to off-premises, and they will go to both the public cloud and colocation providers.”

In fact, the report predicts that the amount of on-premises enterprise data center capacity will drop four percentage points, from 77 to 73 percent, between this year and 2020. Public cloud providers will capture much of that business and will see global data center capacity jump three percentage points, from 8 to 11 percent, while colocation providers will see capacity increase 1 point, from 15 to 16 percent.

Rackspace, a managed cloud provider, sees the same trend. While many enterprises will still operate their own data centers, they want to offload applications to a mix of outside providers, said Matt Bradley, chief strategy officer at Rackspace.

For example, a large enterprise customer may take a tiered approach: keep their mission-critical applications in-house but choose Rackspace for a variety of services, including managed hosting, managed private cloud, managed public cloud and colocation services.

“Most of our customers take multiple services from us. It’s usually a combination,” Bradley said.

The movement in both directions shows that customers are still developing and testing out their approaches as they build out their next-generation digital infrastructure, the report said.

Among those moving applications from colocation to cloud, 63 percent said the public cloud has lower prices and 59 percent cited increased functionality of cloud-based software.

“There is a huge appetite for public cloud services with its ease of use. There is no data center to maintain, and the cost of public cloud continues to fall,” Ascierto said. “And public cloud providers have done a fantastic job giving organizations and developers feature-rich tools to develop and test their applications. It’s a huge draw.”

In addition, 39 percent of customers surveyed said their capacity requirements are unpredictable or fluctuating, and the cloud’s ability to scale was a reason they moved apps from colocation to the public cloud, she said. Another 32 percent cited the cloud’s enhanced backup options as a driver.

“Sometimes they want to reduce IT staff and are looking for more flexibility in a provider,” Bradley said. “They have ease-of-use, agility, or cost reasons, or simply don’t want to be in the management business anymore. When you move out of colocation to a managed model, you no longer have to manage the data center, and that frees up your team.”

While more than half of those surveyed said cloud was cheaper than colocation, cost is also a big reason many colocation customers migrate applications from cloud back to colocation facilities. Of those that switched back, 45 percent believed colocation providers are less expensive, and 39 percent said costs are more predictable than in the public cloud.

“That shows that the customer cost experience for either option is highly variable,” Ascierto said.

For example, 451 often hears about cases where users in organization spins up virtual machines, and when the VMs are no longer necessary, the users forget about them, while the organization continues to pay for them. As a result, managing cloud spending is extremely challenging for large organizations, she said.

A healthcare provider also recently told 451 that storing vast amounts of medical records is cheaper on-premises or in a colocation facility than in the cloud.

“The public cloud is not always cheaper. It depends on customers’ utilization and their requirements,” she said.

Other reasons companies move applications from cloud to colocation include latency or performance issues with public cloud (47 percent), security risk concerns (37 percent), and regulatory requirements (13 percent). Another 34 percent said they developed and tested the app on the cloud, but when it was ready for production they preferred to move it to a colocation facility.

Overall, Ascierto sees colocation services as a growing market. As enterprises outsource their data center services, they still have a lot of legacy mission-critical applications that have strict data governance, security, latency, and availability requirements, and colocation facilities are often the perfect home for those applications.