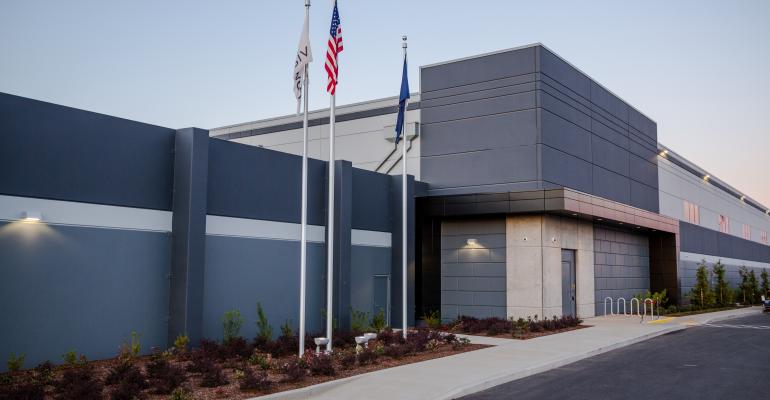 Flexential's Cloud Chief on the New Face of Colocation

With 41 data centers mostly in secondary US markets, Flexential, the recently formed national operator that came about as a result of a merger between two regional players -- Charlotte-based Peak 10 and Denver-based ViaWest -- is now either the first or second largest secondary-market colo provider in the country.

But it's more than a colo. This year, Flexential was at VMworld to push FlexAnywhere, its new network platform that links all its data centers and connects to major peering exchanges. It gives customers access to larger core-market data centers like Equinix in Ashburn, Virginia, One Wilshire in Los Angeles, or 350 East Cermak in Chicago.

Catching up with the company's chief cloud officer Jason Carolan at VMworld, we asked him to reflect on the biggest changes he's observed in the data center industry recently. He's been in the space for years: at ViaWest since 2011, on VMware's cloud engineering team before that, and earlier at Sun Microsystems, where he spent 11 years.

The first thing he mentioned was the growth of edge computing. The edge is of particular interest to Flexential, which is using its presence in tier-two markets to position itself as a data center provider for companies' edge deployments.

"We're in a lot of these what we call tier-two cities," he said. "They're also the cities that have a lot of the most population growth within the United States. If you took out a map of population density and growth and mapped it to our locations, we just happen to be in a lot of those spots where everyone is moving. From an edge perspective, the network capacities aren't keeping up with the data rate, so that means services have to move closer to the consumer, or the eyeballs, as we used to call them in the internet days. So, we're very much in that edge conversation."

Because of its scope, the edge is not easily defined and encompasses a range of use cases, including connected robots in manufacturing facilities, critical IT running in medical facilities, oil exploration out in the field, and mobile apps.

"The telcos are trying to devise strategies to figure out how to put gear at the cell towers," Carolan said. "Some of that is extreme and there's always going to be kind of a hub and spoke typology, but what we're seeing is people aren't just interested in deploying on the coasts. They're trying to get in the middle of the United States; they're trying to get closer to the end services, and that facilitates conversations with the big data center service buyers like the Facebooks and Googles in the world. They don't own all these footprints, so they need to be able to deploy very close to get their services very close to the customer."

Helping critical edge-based services get reliably connected to a crucial central network is one of the purposes behind the FlexAnywhere platform.

"Hospital systems, for example, have a lot of diverse networking needs with facilities, labs, and such," he said. "In Colorado, we have hospital systems that have great front-range connectivity, but then they're out in Vail and they're very limited in terms of what they can get. So we want to be able to have the different options to support that kind of platform."

Not all changes are happening at the services level. The physical environment is also changing. For example, Carolan expects that data centers will have to invest in the infrastructure to support liquid cooling, as IT departments deploy more GPUs to run machine learning workloads.

"Eventually, even the best designed data center is going to max out ... in terms of what it can cool," he said. "It's not so much getting power to it, it's really about cooling efficiency and capacity.

"We like [liquid cooling] because it's going to help us sell more density. Otherwise, some of the GPU technology in some data centers -- not ours, but some -- might put one server in a rack, which wastes all this space. I think liquid-cooled is great for efficiency."

Another area where the data center market is changing is customer service. Its role is growing because of the growing complexity of IT, with rising use of edge devices, the move to hybrid architectures, public clouds offering everything as a service, and the rise of machine learning. Because of this, Carolan suggested, colo providers now have to offer a greater depth of customer service.

"We have a professional services group that can go in with a prospect or customer and help look at their network, look at their capabilities for the applications they have, and give them the best architecture for that," he said. "Because we have colocation, we have cloud services, and we also have services with the public cloud as well, we can really help the customer navigate all those different scenarios."

"I think the customer is looking for choice," Carolan said. "They're making a buying decision at a point in time when they know their needs are going to change and they're not totally sure how it's all going to work out. They know two years down the road they're going to need different capabilities, and I think that's the difference. The buyer 10 years ago was going to go build it all themselves and have to maintain it themselves. I think now they're really looking for a partner that can run that journey with them, no matter where they are today, to wherever they need to go in the future."