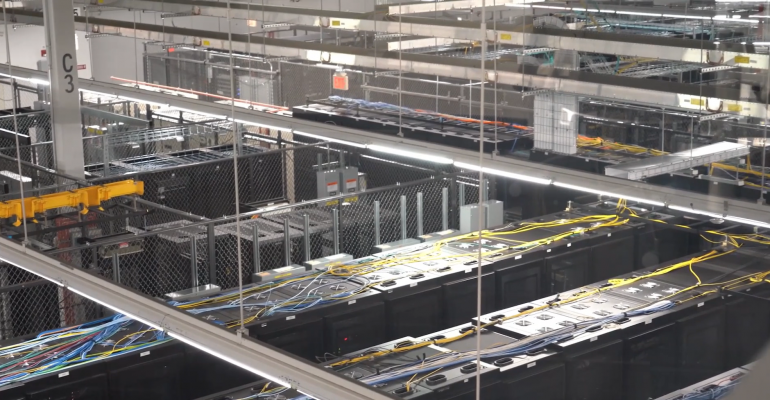 Evoque
Overhead view of rows of IT racks inside Evoque's data center in Ashburn, Virginia
Cloud Computing and Edge Computing

The provider powers up its application-centric infrastructure business strategy with a customer hand-holding capability.

Other articles in the series look at Equinix, QTS, Flexential, CyrusOne, Cologix, and Cyxtera.

Increasingly, businesses want to move to hybrid cloud architectures that combine private or colocation data centers with the public cloud. They recognize the potential for gaining agility and saving money, but many aren’t sure where to start.

Evoque, the colocation provider created on the back of the former AT&T data center portfolio, sees this uncertainty as a vital business opportunity. By providing customers with guidance for implementing a hybrid strategy, it hopes to position itself as the best colocation solution for companies that want to use the public cloud and private data centers simultaneously. Evoque recently added that advising capability by acquiring the digital infrastructure strategy specialist Foghorn Consulting.

When it was founded, in 2018, Evoque struggled to distinguish itself from larger, more established colo providers.

“It was pretty clear from the start that we didn't have a differentiated go-to-market strategy,” Evoque CEO Andy Stewart told DCK.

The new initiative isn’t a platform or technology, but rather a consulting service that helps customers plan the best type of architecture for the applications they want to run. The offering expands Evoque from being purely a data center provider into a business that can help clients plan, migrate to, and manage hybrid environments and other types of architectures, Stewart said.

Foghorn, the consulting business Evoque acquired, was founded in 2008 and specializes in helping businesses plan infrastructure strategies. Foghorn originally focused on assisting customers as they moved workloads from their own data centers to AWS but expanded over time to become “a cloud- and infrastructure-agnostic consulting partner," according to its CTO Peter Roosakos.

Stewart said Evoque chose to acquire Foghorn, which has about 40 employees, as one pillar of its pivot to application-centric colocation because Foghorn has experience working with customers in a variety of industries, including biotech, pharma, and healthcare on multiple types of clouds and architectures.

Foghorn "hit every checkbox for us in terms of application focus," Stewart said, adding that  the consultancy was also “the exact right size” for the type of consulting resources Evoque was seeking.

Stewart was careful to point out that Evoque remains strongly committed to its traditional data center offering, too.

The company plans to invest $100 million in its data centers “over the next several years,” Stewart said, adding that “99.9 percent of our revenue is still coming from colo.” He also said that channel partnerships are likely to become an important focus for the business going forward.

The Evoque leadership team “couldn't put our head in the sand as it relates to cloud," he said, which is why it invested in consulting solutions for hybrid workloads.