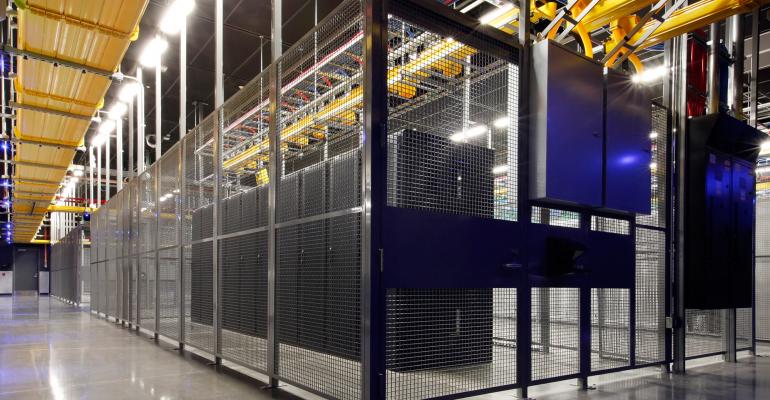 Equinix has created an empire by building data center hubs where companies can interconnect their networks – nerve centers of the internet and private corporate networks. In many places around the world, an Equinix facility is where a single customer can access an unrivaled amount of carriers, cloud companies, CDNs, and all other types of service providers who help ensure their applications or content reaches their intended end users.

And while simply being inside such a nerve center already makes a network architect’s life easier (because they can reach all the networks they need from one place), turning every link up is still a complicated and lengthy process. After the client has negotiated the terms and signed a contract with the service provider, the data center company provisions a physical interconnect, and it may take days, weeks, and sometimes months, for the link to go live.

In today’s world, where customers can launch cloud servers almost instantly, and where applications are so highly distributed that companies need to interconnect with more networks and in more places than ever, those lengthy connection provisioning lead times have become a problem. It’s a problem a handful of startups recently formed to address, and it’s a problem Equinix itself is hoping to solve for its customers with a new service it announced today.

The service is called Equinix Cloud Exchange Fabric, and it aims to do to connection provisioning what Amazon Web Services did to installing servers in a data center. Using new software-defined networking capabilities in the previously existing Equinix Cloud Exchange platform, customers can choose the network they want to connect to, make a few mouse clicks, and have the link up and running in a few minutes, James Staten, Equinix’s global head of market development, said in an interview with Data Center Knowledge.

Like they do for cloud infrastructure services, customers pay only for the amount of time they use the Exchange Fabric. A basic 5 megabit connection from Silicon Valley to Ashburn, for example, would cost about $350 per month, he said. Inside a single data center, a 5 megabit link will cost about $150 per month. The price goes up the more bandwidth you use and the longer distance your traffic needs to traverse.

Not only does it make network interconnection within a single facility faster and easier, it does the same for linking network nodes that sit in different cities and in different metro areas. Instead of setting up an agreement with AT&T, for example, to carry traffic between your storage cluster in Dallas and your cloud servers in Ashburn, you make a few selections through Equinix’s online portal (or your own interface that uses Equinix’s API), and Equinix handles the rest.

“It’s that facility-to-facility, metro-to-metro [connectivity] that’s really interesting and powerful,” Eric Hanselman, chief analyst at 451 Research, said, commenting on the announcement. “The challenge right now is that for existing companies to be able to construct connectivity even facility to facility is relatively complex.”

Staten anticipates the most common use cases for the new service will be Internet of Things applications: connecting data sources, such as sensor-bearing equipment or connected cars, to cloud service providers and Equinix enterprise customers’ own systems.

Manufacturers need to collect data from their products in every metro those products are sold into for quick analysis. They don’t usually do analytics in-house, so they need to connect to cloud services like Salesforce, AWS, or Microsoft Azure in those metros, he explained. Hypothetically, data from GM vehicles on the road in Dallas would be aggregated in an Equinix data center in the Dallas-Fort Worth metro, where it would be ingested by a cloud provider for analytics. Some data would then travel back to the vehicles and some would end up on GMs servers, either in the same Equinix data center or elsewhere.

Other potential use cases include movie studios, which nowadays can use dozens of contractors around the world to make a movie happen. They use private interconnection to ship content from contractor to contractor during the production process, when security and performance are essential, Staten said.

Financial services companies need to connect not just to exchanges but to all other players in the ecosystem; healthcare organizations make extensive use of private connectivity because of the strict privacy rules they have to comply with; and any company that needs to connect to devices at the edge of its network, be it to support mobile apps for its employees or for its customers, should be able to use the new Equinix service as part of that edge connectivity strategy, he said.

For now, the service is available for interconnecting data centers in nine markets within North America and 11 within Europe, with more locations on the way. Similar capabilities are slated to become available in Asia and Latin America next year, and eventually, Equinix wants to enable the same easy interconnection provisioning across countries and across continents. 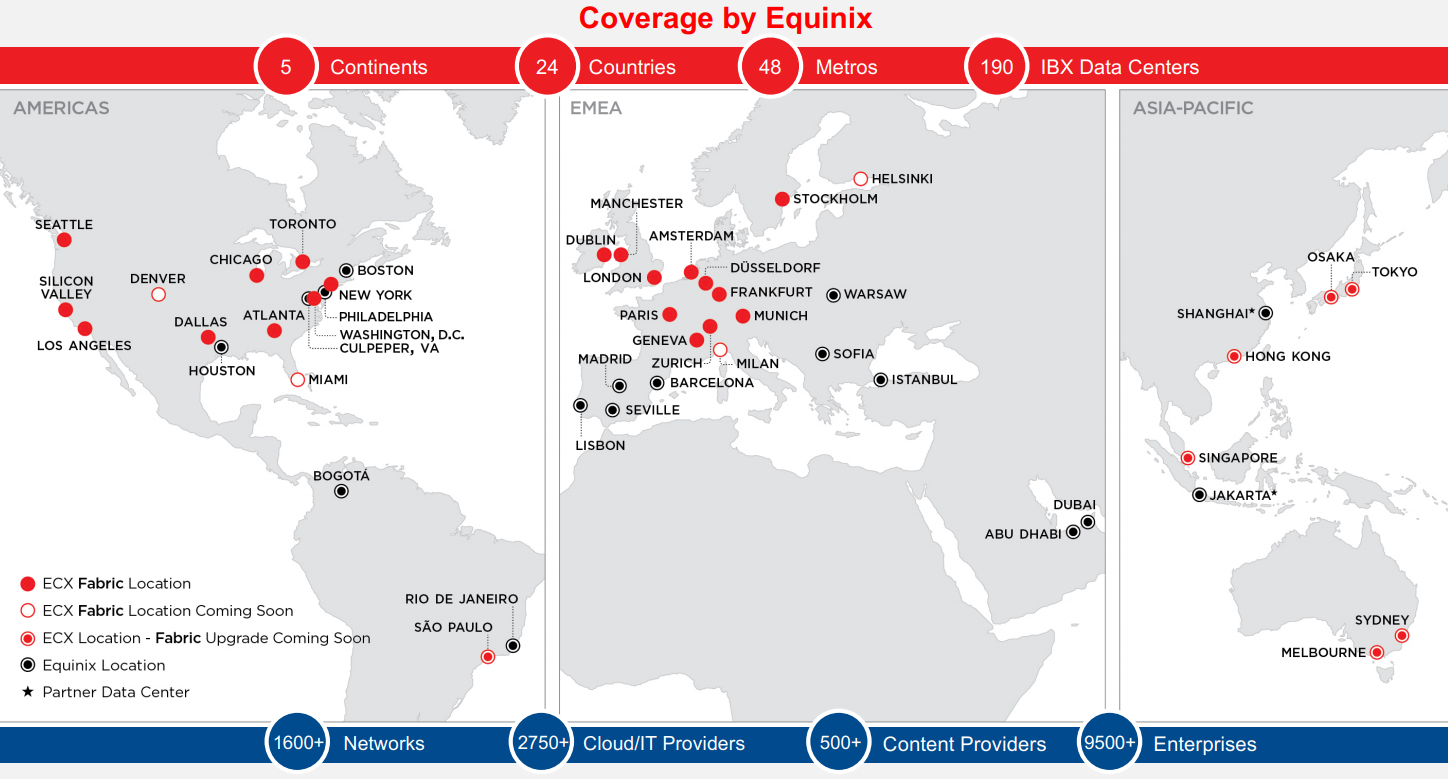 While at first glance the offering may appear to compete with the likes of AT&T, Verizon, Comcast, and other service providers whose presence in Equinix facilities is what makes those facilities attractive to other customers in the first place, it actually makes those carriers’ services easier to consume. “It can actually be a plus for the network operators,” Hanselman said. “Equinix simply becomes a channel” for their products. Some of them are already using the new capability to extend their geographic reach, according to Staten.

The service does compete more directly with companies like Megaport and Epsilon Telecommunications, whose business models are centered on making network interconnection easier by using SDN technology. There is still value to Brisbane, Australia-based Megaport’s platform, which is focused on interconnection between facilities via Wide Area Networks than on intra-facility LAN links, and which links to many more data center providers than just Equinix, users who have no need to step out of the Equinix ecosystem may no longer be reachable for the startup. Similarly, Equinix’s new offering competes with only a part of the value proposition of Epsilon, which provides full solutions, including connectivity to branch offices and as far out to the edge as home workers.

The Equinix Cloud Exchange Fabric makes life easier for network architects by giving them an easier way to connect to service providers, partners, and clients while giving carriers a powerful channel partner and a platform that makes their services easier to buy, but at the end of the day, the biggest winner here is Equinix, which by enabling easier interconnection makes its facilities both more desirable and more “sticky” for its customers.

“All of this is helping to go feed a greater motivation to move into collocated facilities in some form or fashion,” Hanselman said. “Equinix wins when people are connected.”

The new Cloud Exchange Fabric is available at launch in 11 European markets, not 10 as the article previously stated.
0 comments
Hide comments
Recommended Reading