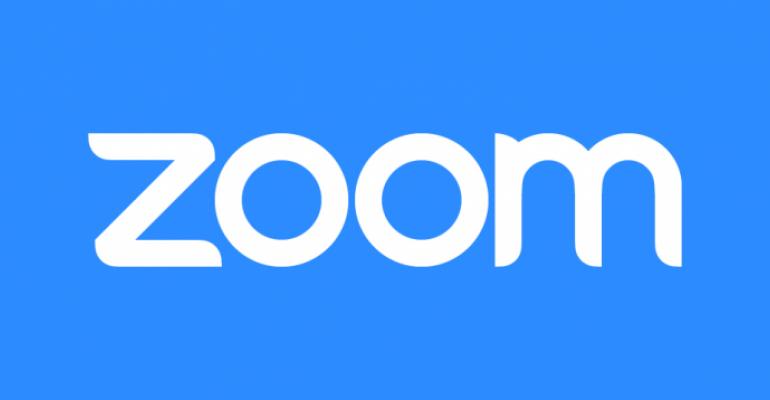 Zoom Video Communications Inc. is launching a feature called Security that sets all privacy settings to their highest level.

Zoom Video Communications Inc. is launching a feature called Security that sets all privacy settings to their highest level, including putting passwords on meetings and employing waiting rooms that force meeting hosts to filter conference attendees, Yuan said Wednesday on a webinar. The San Jose, California-based company also is planning to roll out upgraded encryption for its video calls and meeting rooms for large webinars.

“Zoom is safe compared to peers,” Yuan said. “We are determined to do better and hold ourselves to the highest standard on security and privacy.”

Zoom has never sold user data and never will, he said.

The security webinar was part of Yuan’s mea culpa campaign to rebuild trust with the more than 200 million users who’ve turned to Zoom amid the Covid-19 pandemic. Zoom was sued by a shareholder Tuesday who alleged the company fraudulently concealed its lack of end-to-end encryption and its data transmissions to Facebook, just one of several lawsuits that have sprouted during the revelations about the software maker’s privacy problems.

The steps to bolster security weren’t enough to allay concerns at Google, which is trying to move employees away from Zoom. The Alphabet Inc. company, which has a rival product called Meet, deactivated the Zoom app on its employees’ work computers.

“We have long had a policy of not allowing employees to use unapproved apps for work that are outside of our corporate network,” Google spokesman Jose Castaneda said in an emailed statement. “Recently, our security team informed employees using Zoom Desktop Client that it will no longer run on corporate computers as it does not meet our security standards for apps used by our employees. Employees who have been using Zoom to stay in touch with family and friends can continue to do so through a web browser or via mobile.”

Earlier Wednesday, Zoom announced it had hired Facebook Inc.’s former security chief Alex Stamos as an adviser and formed a security council to help guide its next steps. Before its recent surge in popularity, Zoom had focused primarily on corporate communications.

“I am attracted to difficult problems, and this creates some doozies,” Stamos, now director at Stanford University’s Internet Observatory, wrote Wednesday in a blog post. “The adaptation of a successful enterprise collaboration tool into virtual classrooms, virtual doctor’s offices and a myriad of other applications (including at least one virtual Cabinet Room) has created privacy, trust and safety challenges that no company has ever faced.”

The company, Stamos added, “has some important work to do in core application security, cryptographic design and infrastructure security, and I’m looking forward to working with Zoom’s engineering teams on those projects.”

Zoom’s shares had jumped as much as 11% Wednesday before giving back most of those gains on news of Google’s decision. The stock increased 3.6% to $117.81 at the close in New York and has jumped 73% this year.

Zoom Grapples With Security Flaws That Sour Some Users on App
Apr 02, 2020