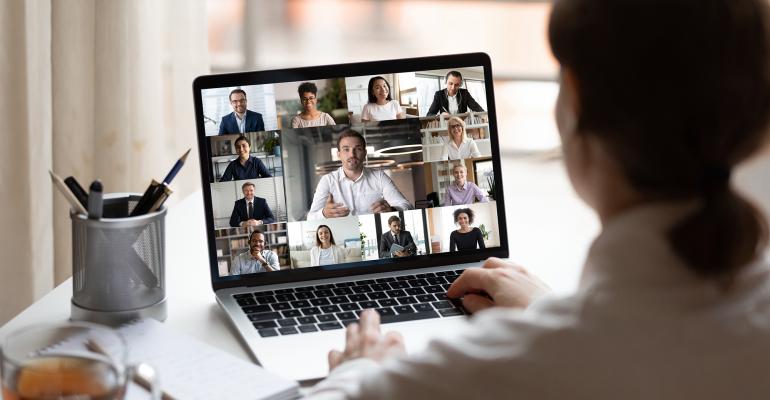 Virus Surge Upends Plans for Companies Trickling Back to Office

Facebook Inc. joined Google on Wednesday in requiring vaccines for workers at its campuses.

(Bloomberg) --The resurgent coronavirus and return of mask recommendations are hampering corporate America’s plans to get back to normalcy.

Google on Wednesday said that it will push back its official office return to mid-October and require workers at its campuses to get vaccinated. Lyft Inc. postponed its return date to February, while Twitter Inc. shut its recently reopened workplaces. Citigroup Inc. is requiring masks at the office, and Walt Disney Co. is again mandating them at its Florida and California parks.

A jump in Covid-19 cases and a slowdown in vaccinations has left U.S. companies once again struggling with how to adapt to the virus, just as it seemed like shots would allow workers to return to offices and resume pre-pandemic norms. Even for employees who’ve had jabs, the highly transmissible delta variant is raising concerns of breakthrough infections, spread to unvaccinated children and broader disruptions to economic activity.

“It feels like it’s getting a little crazy again,” said Katrina Burch, an assistant professor in the department of psychological sciences at Western Kentucky University and director of the school’s industrial organizational psychology master’s degree program. “It’s really challenging for any organization to manage and take in this information.”

For some employers, the response has been mandatory vaccinations -- a push that’s been growing this week as the state of California and New York City started requiring shots for government workers, with New York state and President Joe Biden considering similar mandates for employees under their jurisdiction.

“We are one of the largest employers here in California and we are trying to show that if we can implement this, other employers can as well,” said Eraina Ortega, director of the California Department of Human Resources, which manages workplace issues for more than 200,000 state employees. “As we see it, vaccination and strict enforcement of masks and screening protocols are all a part of focusing on the health and safety of the workplace, having our economy open and having our schools open.”

Facebook Inc. joined Google on Wednesday in requiring vaccines for workers at its campuses. The Washington Post on Tuesday said that employees will have to show proof of vaccinations when they return to offices in September as a condition of their employment. Netflix Inc. is requiring shots for actors on its U.S. productions.

The U.S. Centers for Disease Control and Prevention this week urged fully vaccinated people to go back to wearing masks indoors in places where infections are rapidly climbing -- a list includes areas such as New York, Los Angeles and San Francisco. Los Angeles County, the nation’s largest by population, already reimposed a mask mandate this month.

The guidance is just a recommendation, leaving it up to local jurisdictions and companies themselves to issue more formal mandates. As it is, most employers have been asking unvaccinated workers to wear a mask, but that becomes more fraught for people who may be wary of if their office neighbors are following the rules.

The mixture of the views, the politicization of mask wearing and other uncertainties surrounding the return to office and Covid-19 risks employees thinking they need to be the “mask police” or the “vaccination police” for each other, said Burch, who often wears a mask on her campus even though she’s been vaccinated and knows her co-workers have as well.

“The employer really needs to take the onus of responsibility in what they are enforcing, so they don’t recreate that environment of mistrust around their employees,” she said.

Wall Street banks, among the more aggressive companies in bringing back workers, haven’t publicly announced any changes to their policies after the new CDC mask guidance. Goldman Sachs Group Inc. and JPMorgan Chase & Co., which ordered a return to offices this summer, have said employees who verify they’ve been fully vaccinated don’t need to wear masks. Morgan Stanley has had a less full staff return and is requiring workers at its New York offices be vaccinated.

Wells Fargo & Co., currently planning an office return in September, is requiring retail branch, operations and contact-center employees to continue wearing masks regardless of vaccination status because of in-person interactions.

Almost 35% of U.S. workers were back at their offices as of July 21, up from 29% at the start of June, according to an index of 10 U.S. cities compiled by building-security company Kastle Systems. Many companies have said they plan to bring back employees more fully in September, when most U.S. schoolchildren will return to in-person instruction, freeing up parents to go into the office.

“We can do it safely,” he said. “It’s not just about your business. It’s about all the spinoff economic activity that your workers bring to the surrounding community. And that’s what we need.”

But the delta variant may upend September plans. Even if most employers would like to get more back to normal, not all companies are facing the same urgency to get back to the office, said Ken Matos, director of people science at Culture Amp, a worker survey and assessment provider. Many employees also don’t have enough certainty about care-giving availability and school openings to react to their employer’s demands for a return.

“For some organizations, re-opening their offices as an option is really good, but for those that are really trying to pull everybody back in a firm way, it’s kind of ignoring how tenuous many of these situations are turning out to be,” Matos said.

The most important things companies can do right now is be open about the uncertainty to avoid adding to employee anxiety and creating an environment where they make costly mistakes or take unnecessary risks with the virus, said Amy Edmondson, who teaches leadership and management at the Harvard Business School. She also studies psychological safety in the workplace.

“Companies have to stop pretending they know all the answers right now, this is quite literally unprecedented,” she said. “Any time you’re in new territory, you’re having to innovate. You have to try out what works and what doesn’t.”