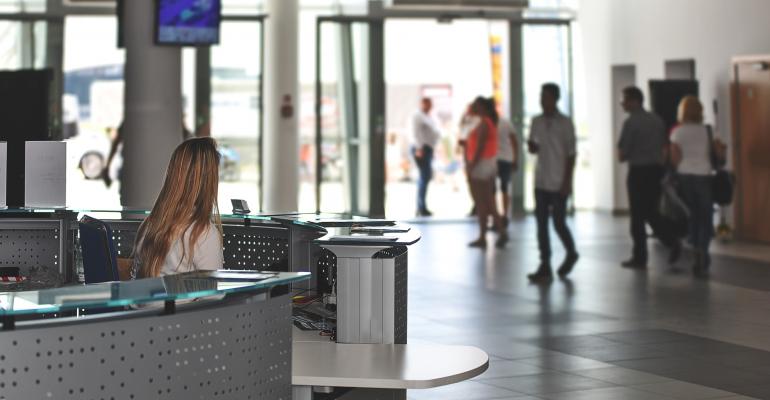 A Forrester Consulting survey conducted on behalf of Microsoft exposes a distinct disconnect between firstline workers and managers. The numbers show that managers believe they are providing the necessary tools for their workers but that is not the perception of those who work in public-facing positions. However, there is opportunity to improve the situation across IT. Also, in another survey from Pega Systems, it seems balance and consolidation is needed with those tools so that workers can be more productive.

There's ample opportunity for IT to grow -- provided it gets out from behind a desk.

Microsoft recently commissioned Forrester Consulting to conduct a study on the potential impact of providing firstline workers with technology. These workers are the ones whose jobs Microsoft identifies as roles that make them the first point of contact between a company and its customers or products -- think of retail workers, bank tellers, flight attendants, restaurant waiters, field technicians. And according to the results from Forrester:

Firstline workers want better communication tools. Nearly half (46 percent) of firstline workers surveyed indicated the ability to work collaboratively with teammates as the primary capability required to do their job. Approximately 57 percent of their working time went toward interacting directly with coworkers or customers.

As Forrester reported, "According to the business decision makers we surveyed, the only tools that are being given out to a majority of employees are email (62%) and training and development platforms (57%). Only 25% of managers say that they are currently automating routine activities for their firstline workers. Further, only 30% of firstline workers report having access to a predictive tool, and 21% have access to a digital assistant."

So where's the opportunity for IT? According to Forrester, it's here:

Many of these common requirements are served by non-industry- specific communication and collaboration tools that can be deployed on computers or mobile devices. Modern, cloud-connected tools can integrate these capabilities and often include complementary security and compliance capabilities — which are critical considerations for the leaders looking to invest in them.

To read the full report, visit this link.

CRM and Digital Process Automation company Pega Systems released the result of new productivity research. According to the company, employees are forced to switch between up to 35 job-critical applications nearly once a minute or more than 1,100 times every day. Workers check their email once every six minutes throughout the course of their day and spend 13 percent of their time in email, of which only 23 percent is spent on value-generating work.

A new Surface Diagnostic Toolkit for Business has been released this week by Microsoft that will help customers who deploy the companies line of Surface hardware devices return systems to full use much foster. The kit, which was announced on the Surface Blog for IT Pros, includes diagnostic hardware tests, software repairs, and firmware updates will address the most common problems experienced by users.

Google published its monthly summary of updates to G Suite to keep customers informed of progress in the month of November. Among some of the new features showcased in this blog post, customers will find information about new shortcuts for creating documents, one click invites for others to join your Hangout Meets, and the ability for admins to stipulate strict password requirements.

The Microsoft Teams team has published a Team's Toolkit which consolidates multiple Teams related resources to assist customers with their own migration to the collaboration service. This kit includes the companies Teams Adoption Hub, best practices, and real world stories of how other companies are using Microsoft Teams.