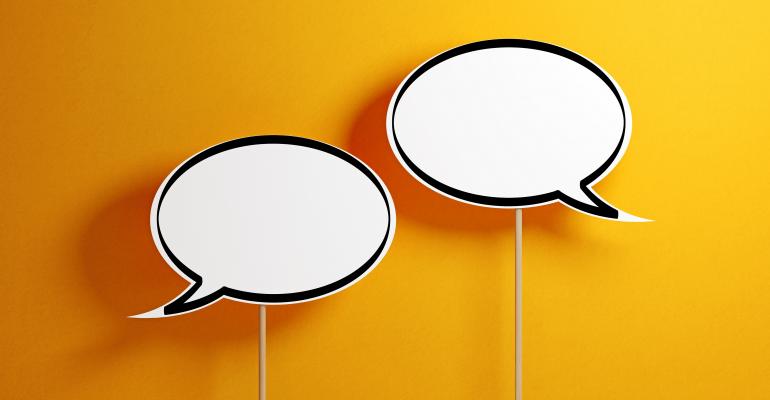 Slack vs. Teams: Comparing Their New Features and Approaches

Last week – a week where legions of white-collar employees learned how to adjust to a new work-at-home paradigm and shift their communications to collaborative workspaces – two of the biggest players in collaborative software released new designs or features for their products.

Their approaches were revealing: Slack's subtle tweaks were meant to amplify features that users might not have known about, and to encourage prolonged engagement in the Slack workspace. By contrast, Microsoft's announcements for enhancements that will be available later in 2020 are not about boosting engagement so much as they are about expanding the prospective user base for their overall suite of tools. Let's compare the approach Slack vs. Teams is taking in the hopes of gaining prominence in the collaborative tools space.

The notable traits among the new features: They're designed to work in environments where desk work isn't the norm, and they're creating a virtual workspace where individual interaction with calendaring or communication can be tightly proscribed by management.

Essentially, Microsoft's moving out of the office and into service and manufacturing workflows. In the battle of Slack vs. Teams, that could be a differentiator. For example, Microsoft's product announcement states, "The Bookings app offers a simple way to schedule and conduct appointments with external participants via Microsoft Teams, such as job candidate interviews, client meetings, healthcare virtual visits, virtual financial consultations, customer service appointments in retail and more."

The real tell, however, is in a new headset collaboration. Again, from the announcement: "RealWear, industry leader in head-mounted, ruggedized solutions is partnering with Microsoft Teams to support digital transformation in manufacturing and other industrial environments … this partnership brings together RealWear devices and Microsoft Teams to empower Firstline Workers while keeping their hands free. Teams on RealWear devices will be available later this year."

Comparing Slack vs. Teams, Microsoft has been working on Teams for three years now while Slack has been working on its primary product for nearly seven years. Slack's latest redesign is positioned as "a simpler, more organized experience for our users," and offers the following tweaks and improvements:

Unlike the Microsoft announcement – which is meant to position Teams as part of a wider technological infrastructure across industries – the Slack announcement leans into the idea that productive workers never need to leave its collaborative workspace. The company rolled out its Workflow Builder last year; the in-workspace WYSIWYG tool allows IT pros and end users (who have sufficient permission) to automate workplace-specific tasks that depend on retrieving and acting on information. Examples Slack offered include onboarding new workers, collecting and collating incident reports in real time, or requesting time off from HR. Now, the company is anticipating workflows like starting a meeting with Cisco WebEx Meetings or creating a customer support ticket with Freshdesk.

For a lot of end users, Slack may have initially defined the user experience for what collaborative workspaces should be like – the emojis and reaction gifs, the ability to easily drop and retrieve files and the ability to narrow or broaden a conversation's focus or narrow or broaden the intended participants in the conversation. And – most crucially – Slack was early to the idea that the collaborative workspace should be extensible, so users should and could be able to integrate other data-reliant task flows into their communal workspace. The redesign makes sense for Slack 2019.

However, in early 2020, enterprises and the end users they serve are now grappling with multiple options in the collaborative tools space beyond Slack vs. Teams – WebEx, Zoom and Google Hangouts, to name a few. Whether Slack's new features are enough to keep enterprises as engaged as Slack hopes workers will be is now an open question.