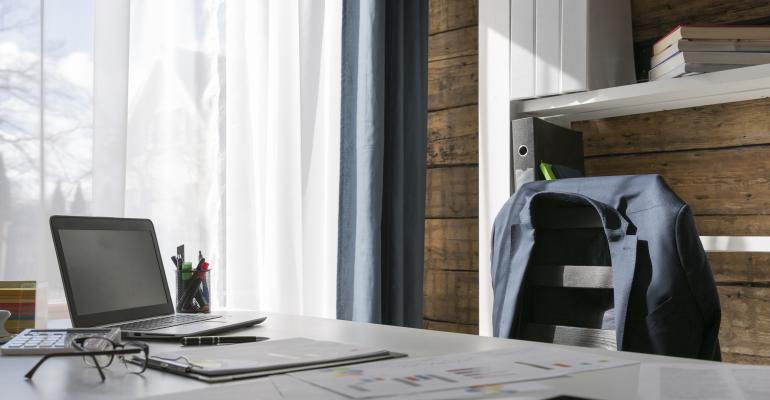 The Silicon Valley Workplace Will Never Be the Same

Tech companies are changing how their employees work on site. Apple Inc. intends to stagger the introduction of employees back to the office, conduct temperature checks, keep people apart and create some kind of health checklist. Google expects to make changes to its open-office design before staff return.

(Bloomberg) -- When the headquarters of Mission Bio reopens next week, employees will find many of the familiar perks they enjoyed before Silicon Valley went into lockdown have changed. Instead of the communal trays of catered lunches served a few times a week, each employee will get their own boxed meal. The snacks will remain free, but the soda machine and tub of almonds will be replaced with canned beverages, bottled water and individually wrapped protein bites. One new benefit: Every two weeks, the startup plans to provide Covid-19 tests onsite to any staff member who wants one.

Mission Bio is returning to the office sooner than most businesses in Northern California. Officials have extended stay-at-home orders through the end of May, and some of the largest technology companies have indicated that they may keep offices closed for even longer. Mission Bio, which develops cellular chemistry technology, said it decided to reopen after consulting local officials who determined that the startup’s cancer research qualifies as essential. “Cancer didn’t work from home,” said Nigel Beard, the chief technology officer.

The startup’s preparations for a return to the office offer a window into the unique challenges of adapting the Silicon Valley workspace to a pandemic. Mission Bio’s desks are arranged in an open-floor plan, a mainstay of the tech office that’s entirely incompatible with social distancing guidelines. The company will keep the office open seven days a week and ask employees to select shifts, so that only a third of staff are present at a time. The lab stations are designed to be communal, but researchers will be required to work solo. Employees will have their temperatures checked by thermometer guns upon arrival and will be asked whether they or their family members have had coughs, fevers or trouble breathing.

The biggest tech companies are taking similar steps for when they finally return to campus. Apple Inc. intends to stagger the introduction of employees back to the office, conduct temperature checks, keep people apart and create some kind of health checklist, Tim Cook, the chief executive officer, told employees in a virtual meeting last month. He said the Cupertino, California, headquarters won’t reopen until at least early June and workers would likely be reintroduced on a “staggered basis.” Google, whose campuses are designed to draw employees together to their many cafeterias and volleyball courts, doesn’t plan to return until at least June, either. The company expects to make changes to its open-office design before staff return, said a person familiar with the preparations.

Facebook Inc. is looking at ways to reconfigure its open-floor plan but is in no hurry to return because most employees can do their jobs from home, David Wehner, the chief financial officer, said on Bloomberg Television. Amazon.com Inc. told corporate staff across the world that if they are able to work effectively from home, they can stay there until at least October. Those who come in will be given face coverings.

On the day tech workers finally do go back, the first change many will notice is on their morning commute. The shuttle buses provided by larger companies may not operate at full capacity, and some employers might encourage people to drive to avoid public transportation. Upon arrival, they’ll find redesigned lobbies. To funnel thousands of workers safely, companies are looking to use design tricks like stickers on the floor or carefully placed furniture to create barriers, said Primo Orpilla, co-founder of the San Francisco-based interior design company Studio O+A, whose clients include Microsoft Corp., Slack Technologies Inc. and Uber Technologies Inc.

Tech companies are particularly concerned with changes that could compromise their carefully curated aesthetic. Nobody wants rope barriers that make people feel like they’re at an airport, Orpilla said. They’re looking for an artistic version of crowd control. “If Shepard Fairey were in charge of making sure social distancing was part of your space, how would he do it?” Orpilla said, referring to the creator of the “Hope” Obama campaign posters. In a change that would please George Costanza, some clients are considering rebuilding bathroom stalls so the walls extend from the floor to the ceiling, he said.

Many companies are realizing that the open office—once considered forward-thinking for the way a lack of separation between workers fosters collaboration—is unsustainable. “Maybe that was innovative,” said Andrew Holmes, the director of marketing at Loftwall, a Dallas, Texas-based maker of room dividers and desk partitions. “Now it just feels like a place for germs to run wild.” Sales of Loftwall dividers have at least doubled since the coronavirus outbreak. Apple, Google, Microsoft and Tesla Inc. are among the companies that have placed orders with Loftwall in the last 18 months, Holmes said.

A cubicle revival might not be enough, said Philip Martin, head of security at San Francisco-based cryptocurrency exchange Coinbase. If a colleague coughs while standing up, for example, they could infect neighbors. Martin anticipates officials might set guidelines for offices, such as reducing the number of people allowed in buildings or requiring barriers between workers. He’s making early preparations for Coinbase’s eventual return, but the company said it doesn’t expect things to get back to normal until January or later.

Some workplaces are more challenging to redesign. Xwing, a startup developing autonomous aircraft, used to conduct biweekly test flights at an airfield in Concord, California, before the pandemic. The company would pack three or four employees equipped with headsets about an arm’s length apart from one another inside a small, noisy vehicle. The founder, Marc Piette, is trying to determine whether it’s feasible to have fewer engineers in the air and whether microphones would still be able to pick up their voices when wearing face masks. “We’re all about flying aircraft autonomously,” Piette said. “If we can’t fly aircraft, it becomes a difficult problem to solve.”