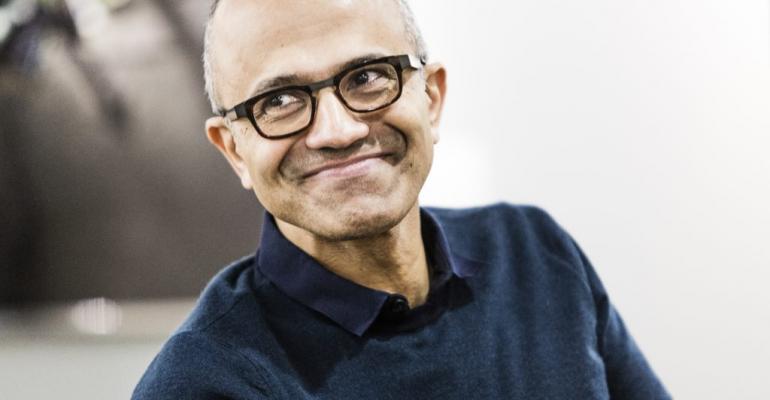 A hybrid work model has emerged as the new normal – and Microsoft’s got the data demonstrating why this is a good thing and how to keep the good thing going.

A few weeks ago, Microsoft CEO Satya Nadella and LinkedIn CEO Ryan Roslansky hosted an update on the future of work in the tech industry, saying the so-called hybrid work shift is here to stay for both public-health and employee happiness reasons. Along with LinkedIn research-gathered data backing up this premise, both companies announced new updates to their products and services to reflect this shift.

Nadella refers to this hybrid work shift as the “hybrid paradox” and Roslansky calls it the “Great Reshuffle.” Both agree that this shift is going to be more permanent than anyone likely expected 18 months ago.

“Both are converging to change the workplace unlike anything in that last 100 years or so,” Nadella said during the live event. “In the context of the hybrid paradox, it comes from the fact that 70% of people want that human connection back, but at the same time, the same 70% also want flexibility.”

Roslansky added, “The great reshuffle is the idea that on one hand, every CEO and leader is trying to figure out what their company looks like moving forward. Are we going to work hybrid, remote, or all in person? On the other hand, you have every employee in the world that has worked differently for the past 18 months.”

LinkedIn surveyed 500 CEOs recently and asked what their top-of-mind areas are right now around the future of work. Flexibility and trust were the key areas mentioned but they are optimistic about the future according to additional survey results.

More than half of the CEOs surveyed (58%) indicated they felt optimistic that implementing more flexible approaches to work would provide positive results for both the employees and the business.

Microsoft’s Work Trend Index bears out these results. Despite the challenges around remote work, the company’s employees are affirming that this shift is being well received. However, it is not without its challenges.

An area of concern for Microsoft is the isolation and well-being challenges that result from remote work and trying to strike a work/life balance. Last June, 86% of employees stated they were satisfied with the quality of their connection with co-workers. This past June, that number dropped to 79%.

Microsoft stated that survey data shows that achieving a balance in these areas continues to be an effort for many employees.

As a result of these surveys, both companies are working to implement new product features in tools and services like Microsoft Teams and LinkedIn Learning Hub to help both employers and employees further embrace this hybrid work shift.

This hybrid work shift is going to result in a complete re-evaluation on both sides of this equation – the hybrid paradox and the great reshuffle – but eventually the new normal will settle in for all involved.

“Over the next 18 months, we are going to see a lot of people thinking about new places to work, new norms, and its going to have this reshuffle effect on talent,” said Roslansky.