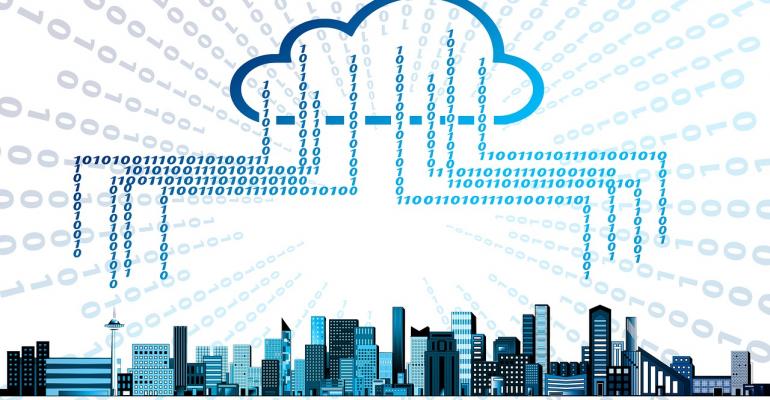 Microsoft's latest work to make your computing experience ubiquitous is an Outlook plug-in for Box to easily access your cloud files. Speaking of access -- the company also had a long, public reckoning with hackers accessing users' email. ALSO: a survey shows IT pros aren't worried about automation taking their jobs, Microsoft expanded their IoT portfolio with a new acquisition, shadow IT can be actively monitored with new Windows Defender ATP services and Microsoft announced their Surface Hub 2S.

Continuing its strategy of un-siloing the tasks in applications and defining a user's productivity experience as task flow-based and not application based, Microsoft has teamed up with Box to launch an Outlook plug-in that lets Outlook users select files from Box, set the right access permissions, and securely attach shared links within Outlook messages. The product launch is also notable because it shows that Microsoft's embracing a hybrid productivity strategy instead of locking people into using only their tools to store and share files.

As for Box's take on the team-up? "We worked with Microsoft to integrate the Box cloud content management experience directly inside the Outlook interface to further help enterprises centralize, manage, and secure their data in the cloud – this ensures users continue working in the ways that they want, but can be even more efficient than ever before,” said Jeetu Patel, Chief Product Officer.

Also on the "we'll make it easier to move back and forth between vendors" theme, Office 365 admins now have an easier job migrating emails from Google G Suite to Office 365. Microsoft's migration tool now allows admins to migrate G Suite calendars and contacts in addition to mail messages. Although Office 365 does not support labels the same way Gmail does, the company's offered this workaround: "Mail with the 'Starred' label will become flagged.  Mail with the 'Important' label will influence its Focused/Other designation.  Mail with other labels will be copied into a folder with the corresponding label name, and mail with no other labels will be moved to the Archive folder.  This means that some items that had multiple flags in G Suite will appear in multiple folders in Office 365."

And speaking of Microsoft's email -- the company began the week dealing with the email breach it had to announce on April 12: a hacker had been able to access non-corporate Outlook.com accounts for several months in early 2019. The culprit: a customer support agent's credentials had been compromised. Hackers claim they've been in the email system six months; Microsoft says only three. Although the breach did not affect enterprise Microsoft 365 customers, eWeek's Sean Michael Kerner notes: "The issue is that a single set of user credentials enabled an attacker to see information from potentially tens of millions of Microsoft email users. This one single Microsoft support agent had access to the user accounts, representing what in a very real sense is a single point of failure." As more enterprises move to cloud services and those services are supported by human beings, the best practices of the front lines in customer interaction may become more of a security concern.

Apache Hadoop 3.0 on Azure HDInsight has been green-lighted for general availability. According to Arindam Chatterjee Principal Group Program Manager, Azure HDInsight, "Apache Hadoop 3.0 represents over 5 years of major upgrades contributed by the open source community across key Apache frameworks such as Hive, Spark, and HBase." The upgrade also includes security enhancements like Bring Your Own Key (BYOK) support for Apache Kafka.

IT pros are not that worried about automation coming for their jobs. A survey of 1,400 security professionals in the UK, the US and Asia-Pacific (APAC) by the Ponemon Institute and cyber threat intelligence firm DomainTools showed that 65% of respondents think automation will leave their headcount untouched or present more opportunities for hiring.

Microsoft has purchased real-time operating systems company Express Logic. It already has a Windows-based Internet of Things platform and a Linux-based Internet of Things platform; the purchase of a company specializing in lightweight OSes that offer predictable event handling means that Microsoft can make inroads into industries where their IoT deployments may need to access data in the cloud during specific events.

Microsoft's new discovery capabilities in Windows Defender ATP will now provide native support for tracking down instances of Shadow IT within IT network.

As Windows 7 enters its final nine months of support, enterprises are migrating to Windows 10. That means learning how to implement Windows 10 security features to lock down the operating system for your organization. Rather than leaving you on your own to figure out how to approach this process with Windows 10, Microsoft is providing a framework to help you prioritize the steps in your journey to hardening Windows 10.

This week in New York City, Microsoft formally announced their Surface Hub 2S. The lighter, thinner, and portable follow-on to the first Surface Hub is all about seamless teamwork and collaboration. The device will be available in 50 and 85-inch models, has a full 4K screen and camera, and Surface Hub Pen. In addition, the Surface Hub 2S is completely integrated with Windows 10, Microsoft Teams, and Office 365. Optional equipment includes the Steelcase Roam stand, wall mount, and the APC Charge Mobile Battery. Compared to its predecessor, Surface Hub 2S will really change the way you use this hardware for meetings because of its portability. No longer does it need to be only available in one space but it can now move where you need it to go.