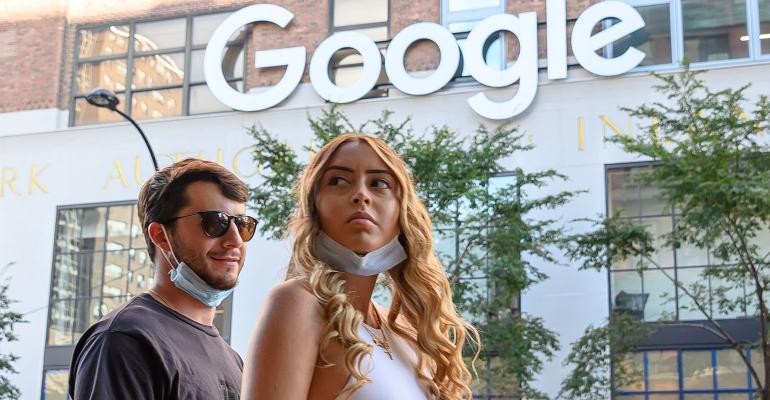 Google is delaying its office return date and will require workers coming back to be vaccinated, citing concerns about the surge in infections of Covid-19 variants.

(Bloomberg) -- Alphabet Inc.’s Google is delaying its office return date and will require workers coming back to be vaccinated, citing concerns about the surge in infections of Covid-19 variants.

The technology giant will now ask most employees to return to campuses starting Oct. 18, Chief Executive Officer Sundar Pichai told his staff on Wednesday. Previously, the Mountain View, California-based company had set September for its return. Workers who come back will be required to show proof of vaccination, Pichai wrote in a note posted on a Google blog.

“We recognize that many Googlers are seeing spikes in their communities caused by the Delta variant and are concerned about returning to the office,” Pichai wrote. “I hope these steps will give everyone greater peace of mind as offices reopen.”

Other tech giants have responded to the surge in cases involving the delta variant of the virus. Earlier this month, Apple Inc. also extended its return-to-office to October and began urging its store workers to wear masks again.

Google has said it will ask employees to return in a “hybrid” model, with about 60% working in the same offices as they did before the pandemic. The company told staff it would let around 20% work remotely and approve those plans in August. But that process rankled some employees, particularly after a senior executive was able to move earlier to New Zealand.

In his note, Pichai said the company was still committed to returning but was “watching the data carefully.” He also announced that Google was extending its paid leave for parents and caregivers through the end of the year.

On a call Tuesday with investors, Google executives said that the company’s pace of investment in its offices had “picked up” after dragging through the pandemic.