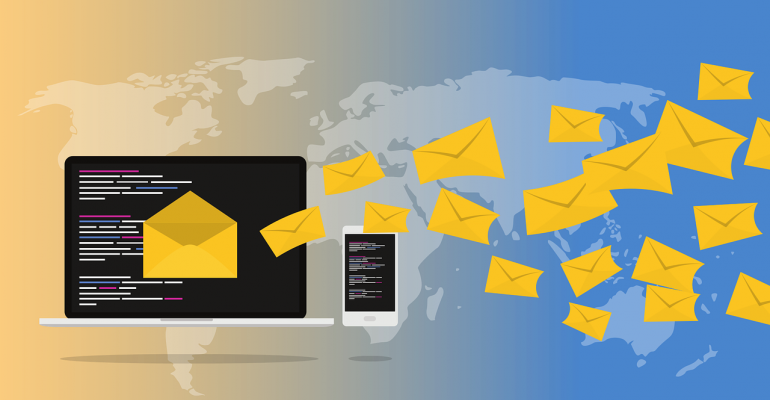 The cloud-based email service has become the core element of Google's G Suite productivity suite, and although it still lags behind competitors for key features, its importance at Google will likely remain unchanged. ALSO: Microsoft continues to push computing out to the edge with new IoT partnerships, Amazon Web Services is expanding in South America and Microsoft also wants to teach students about AI.

Google's Gmail turned 15 on April 1, 2019. The web-based email service now boasts 1.5 billion users and laid the groundwork for G Suite, the cloud-based set of productivity and collaboration products aimed at the enterprise. The company is still playing catch-up to Amazon and Microsoft in the cloud arena.

It's also playing catch-up in terms of email features. Microsoft's Outlook has let users complete task workflow within email since 2016, while Google is only now adding features that let people RSVP to events or book hotel rooms through email. Similarly, Outlook has allowed users to schedule emails since at least 2017; this feature is only now coming to Gmail. To be fair, Outlook is for paying customers and Gmail remains free.

Still, as Cnet notes of Gmail:

The success of Gmail did more than create a useful and popular product. Gmail forever changed Google's trajectory. It was the first service to demonstrate to the company that Google could dominate something beyond search. Gmail set Google on a course to touch every part of our online lives.

And it's given millions of people an understanding of the benefits of cloud-based services — even if nobody was using the term 15 years ago, the idea of separating software services from local servers took root as people warmed to the convenience of being able to log into their email from any Web browser anywhere. It was not hard for IT professionals and developers to start asking what else could move off a company's infrastructure.

Microsoft continues its focus on gaining market share among firstline workers. This week, the company announced the Open Manufacturing Platform in conjunction with BMW. According to Sam George Director, Azure Internet of Things:

The OMP provides a single open platform architecture that liberates data from legacy industrial assets, standardizes data models for more efficient data correlation, and most importantly, enables manufacturers to share their data with ecosystem partners in a controlled and secure way, allowing others to benefit from their insights. With pre-built industrial use cases and reference designs, community members will work together to address common industrial challenges while maintaining ownership over their own data.

Microsoft was a big presence at automation industry show Hanover Messe. Caglyan Arkan, global lead of Microsoft’s Manufacturing & Resources Industry, gave an interview to Automation World in which he focused on security in automation and manufacturing. Arkan said that Azure Sentinel can “predict potential threats with AI-enabled security information and event management (SIEM). All of this can be integrated into Azure IoT Hub for a single global dashboard of all assets in your manufacturing environment.”

AWS is opening its sixth cloud infrastructure in Latin America, this one in Bogotá, Colombia. By comparison, Microsoft has one Azure datacenter in South America.

Microsoft is teaming up with OpenClassrooms, a massive open online course (MOOC) platform, to train and recruit students to learn more about AI. OpenClassrooms will construct programs based on Microsoft’s content and project-specific tasks.