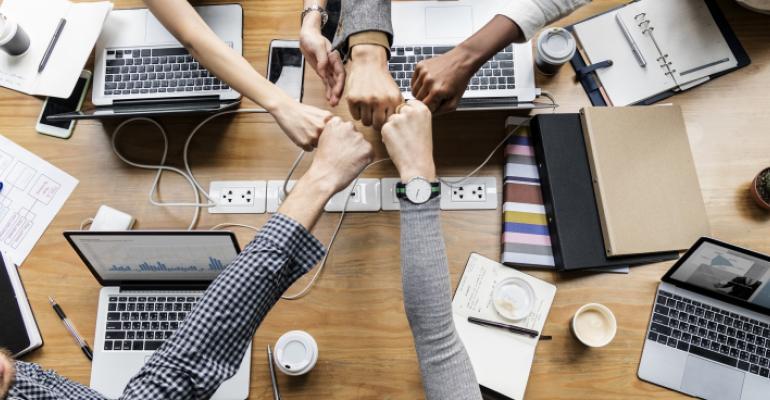 The portfolio of collaboration tools for businesses has shrunk this week with Slack's acquisition of the technology behind Hipchat and its successor Stride from their parent company Atlassian. Also this week: Google brings voice to its Hangouts and Microsoft reminds its customers that support for Windows Server 2008 and 2008 R2 is ending soon.

The Browser Wars are so 1990s. We're in the Collaboration Wars now. In our growing world of remote workers, having a professional channel to connect on provided an option for collaboration that integrated all kinds of functionality that had not been available in one platform before. And Slack appears to be making moves to maintain its first-to-market advantage.

Microsoft fired a shot a few weeks ago by releasing a free version of its Teams collaboration tool, a move clearly meant to challenge Slack Prior to releasing the free edition, Teams had been available only to on-prem Office 365 customers. Slack, on the other hand, runs on the freemium model -- anyone can run a Slack, but features like storing more than a few thousand messages and files cost extra.

Sitting in the middle of all these services was Atlassian -- first the HipChat service, then its follow-on, Stride.

This week, Slack trimmed down the list of collaboration options as they announced their acquisition of the technology behind their former competitor HipChat and Stride. The two services were already enjoying a partnership that enabled connections between the individual platforms across multiple levels.

Slack did not share financial details but did confirm they are purchasing the Intellectual Property (IP) behind HipChat Cloud and Stride. The services will eventually be shut down and users migrated fully over to Slack while some on HipChat will be supported until the end of their existing licensing agreements. No new signups will be possible moving forward and potential Stride users are encouraged to sign up their teams at Slack instead.

On another front in the Collaboration Wars: Google's bringing an enterprise version of Voice to G Suite, home to its collaborative workplace offering Hangouts. Now, in addition to Hangouts Chat and Hangouts Meet, there will be conference calling. Admins can manage users, provision and port phone numbers, access detailed reports and set up call routing functionality. The company is also offering AI-assisted voicemail transcription and spam filtering.

-- Google announced some new security hardware for end users this week during the company's annual Google Cloud Next conference. While much of the discussion was around enterprise readiness and cloud related security, Google also made a move in physical security with its own FIDO compatible Titan Security Key. There has been some criticism of the device however, because of its use of Bluetooth for one connectivity option which has been shown recently to have some vulnerabilities.

-- This week on the official LinkedIn blog, the ability to leave one minute voice messages was announced by Senior Product Manager Zack Hendlin. Luckily it appears to only be available to use with your existing connections so recruiting new contacts will have to remain in the text message based world.

-- Microsoft has released preview builds for their upcoming on-premises server tools including Skype for Business Server 2019 and Office 2019 Server. These are available for commercial customers only and could be the final stand alone versions of these services as Microsoft continues to pull and push their existing customers into the cloud. The Windows Server 2019 preview has been available now for a few weeks.

-- Microsoft is also reminding Windows Server 2008 and 2008 R2 customers that support for those older platforms will end soon. No further security updates will be delivered for these server systems after January 14, 2020. That date corresponds with the end of life cycle support for Windows 7.

The Internet Is No Longer a Disruptive Technology
Jan 02, 2020