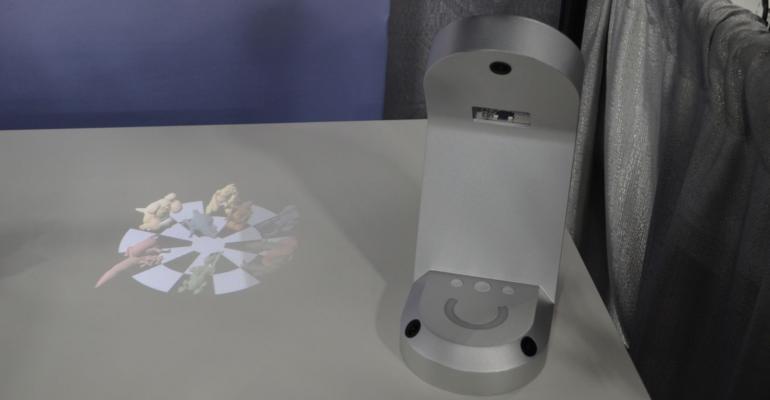 CES 2017: Hands on with HoloLamp - 3D Projection without Glasses

Remember a few years ago when it seemed everyone was looking to make a 3D television that did not need special equipment like glasses to be viewable?

It seems that market never grew much however, there is a UK based company here at CES 2017 that wants to eventually deliver 3D projection to consumers using their upcoming product called HoloLamp.

I was able to see a brief demo of this technology using prototype hardware, which happens to use Sony's latest short throw projector they just announced this week at CES, to see a 3D scene on a table top.

The actual HoloLamp will look like this once it is ready for market:

The initial target market according to the folks from HoloLamp will be in business and enterprise solutions. One scenario that was described to me was a PDF file received for a meeting/briefing which when opened would project any included 3D models/items into the meeting room.

Ultimately, I could see this technology merging into video and tele-conferencing hardware for a single solution.

Here is a brief video so that you can see teh 3D projection for yourself - no special glasses needed!

The Internet Is No Longer a Disruptive Technology
Jan 02, 2020