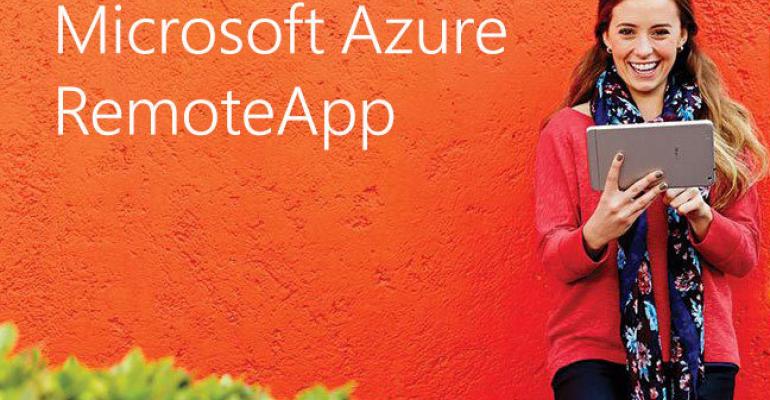 In a blog post today, Microsoft has announced that is ending its cloud-based remote app cloud project, RemoteApp. The service provided the ability for mobile devices running on different platforms to get access to any corporate app and if you believed the news cycle hype the technology seemed like something of a crowned jewel over the past couple years. I remember a certain program manager DM'ing me on Twitter saying, "this is awesome, game-changing stuff, Rod. Check it out!"

Today Microsoft is announcing that the service is coming to an end, in lieu of a partnership with Citrix to provide a new product current under development called XenApp “express.” According to Microsoft…

XenApp “express” combines the simplicity of application remoting and the scalability of Azure with the security, management, and performance benefits of XenApp, to deliver Windows applications to any employee on any device. We will have much more to share on this offering through the coming months.

According to Citrix, the companies will develop it together, and describes it as a new Citrix cloud service that combines the simplicity of Microsoft Azure RemoteApp with the enterprise security and scale of Citrix XenApp.

Citrix will release a Tech Preview of the new XenApp "express" service in Q4 2016, with general availability in early 2017. Go HERE to sign up to be notified when the Tech Preview is available.

This is a shock to some customers and I spoke with a couple of Microsoft’s MVPs about this today, and it even surprised them.

Want to learn about RemoteApp - and how to migrate to the new Citrix solution? IT/Dev Connections has you covered.

Sponsored Content
Creating a Resilient IT Organization with Automation and Self Service
May 20, 2020