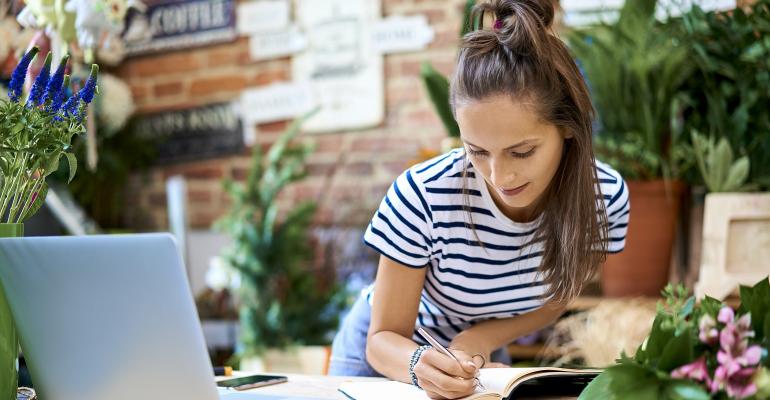 Michael Oh has been around technology for most of his life. He started his company, IT services provider TSP, when he was a freshman at MIT in 1992 and still runs that business. Today, the business focuses on serving the needs of small and midsize businesses in the Boston area, although it also has some big-name clients like the Boston Celtics and Novartis. Over time, Oh has learned a lot about small-business data storage needs.

What are the most striking things/trends you have seen in terms of small-business data storage during your time in the industry?

One of the biggest changes has been a movement to the cloud. Fifteen years ago, small businesses had racks of equipment in their closets that needed support, but over time, it's definitely moving to the cloud. Some small firms have gone to the WeWork model where everything is in the cloud and they don't even have a physical office, and others have moved most things to the cloud but may still have a NAS on site.

No matter how fast the pipe gets, a lot of companies are still working with software that has huge files, and there is an advantage to having that locally from a performance standpoint. Also, there is a greater sense of control and ownership with some things on-site. When it comes to the cloud, storage is one thing we tend not to push back as hard on. My observation is that the NAS is sort of the last thing to leave, and in some cases it's taking awhile.

Does the type of company impact whether they make that full move to the cloud?

Definitely. It can depend on the vertical. For example, financial and legal companies tend to keep some things on premises because they are concerned about information safety. Others still are terrestrial organizations and haven't quite jumped into the complete virtual remote workforce model. They tend to be more traditional, and that can translate to keeping some things on site.

For those small businesses that keep some things on site, what do they tend to move to the cloud?

It tends to be around disaster recovery and backup. Most companies are using the cloud for that.

How have small and medium-size businesses been dealing with the changes in data growth and digital transformation?

Well, files are getting bigger and projects are getting more complex. That means sort of explosive growth on the data side. At the same time, workflows are changing. And so that data growth isn't as much of an issue as it used to be because the way that they work is now a cloud-based workflow or it's moving in that direction. Take the example of an architecture firm, where people are doing massive 3D renderings. One of our clients is building an 18-story commercial building, and the file sizes for this stuff are huge. But they tend not to store those files locally anymore. So you can press a button and render stuff in a way that you wouldn't be able to do with computers in your office. As these trends converge, the need for a NAS will go away. But I still think they will probably still keep their old NAS around to access their files for years to come.

How does the need for continuous access influence the issue?

If it's a cloud-based system, you have to get continuous access from everywhere, at least in theory. If it's in an office, you still have to use the old model of VPNs. We have some clients using automatic synchronization to the cloud to make files accessible. But once again, it goes back to the workflow issue. If you have a company with six locations all over the country, they are much more likely to just get rid of that NAS and go completely to a cloud-based workflow.

What is the challenge small and medium-size businesses face in melding all of these services for storage, like Google Drive, Dropbox, WeTransfer, etc.?

The biggest challenge, especially for companies that don't have a large IT support staff, is to wrangle all of this into a single storage process. It's complicated from many angles, including compliance and security.

What are some things companies can do to address those issues?

One of the things we've implemented for some clients is file exfiltration detection. This way, the same agent that we use for doing backups on a laptop can also detect if a file has been moved to another volume. You can set the parameters. If somebody moves more than 50 megs or that moves more than 10 files at once, for example, an alert is sent to the IT staff. We also look at logs. The key is to determine if there is an internal actor trying to download things or whether it's just somebody doing their job.

How do you think storage will change for smaller companies over the next few years?

They are going to be more vocal about what they need. For example, they are going to move forward with using different platforms for collaboration like Slack or Zoom. There is also an opportunity for vendors like Microsoft or Google to integrate storage in a way where it's easier for these companies to use. Right now, Google Drive is a little too hard to use, but Google could simplify it. If they did that, companies would probably move away from platforms like Dropbox and WeTransfer.

Sponsor Content
Achieving Network Modernization for the Decade Ahead
Dec 08, 2020