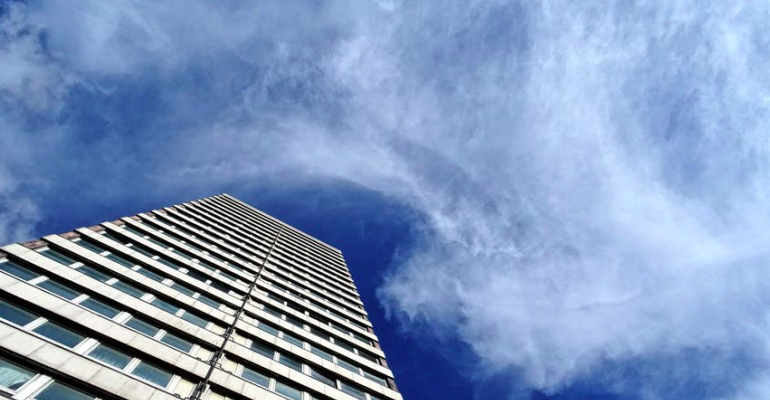 As data from connected devices continues to increase, the cost benefits of IoT cloud storage will decrease. Something's got to change.

During the last few years, two of the biggest trends in the IT industry have been IoT (the so-called internet of things) and cloud storage. And conventional wisdom has held that cloud storage and IoT are perfect complements. But does IoT cloud storage really make perfect sense? Is there a better way to leverage IoT in the enterprise?

The reason why IoT and cloud storage are so often pitched as being perfectly matched has to do with the way that IoT in the enterprise has thus far been used. The basic idea behind IoT is that smart, connected devices have become sufficiently sophisticated and inexpensive to allow them to be used in all manner of tasks. Of course, IoT devices tend to create lots of data, and that data has to be stored somewhere. Enter IoT cloud storage.

Cloud storage has been an appealing option for storing IoT data because the cost per gigabyte of storage tends to be relatively modest, and cloud storage can be scaled to accommodate data growth far more easily than an on premises storage solution.

However, there are a few issues worth considering in spite of the cloud’s seemingly ideal fit as a repository for storing IoT data--namely, cost and scalability. Although cost and scalability are supposed to be two of the greatest benefits to using cloud storage, there comes a point at which these benefits tend to start breaking down.

It's true that rampant use of IoT devices is leading to explosive data growth. Individual IoT devices create a lot of data, but we're adding more devices than ever before. And, with each device that is added to our networks, data creation expands exponentially. Even though the cost for gigabyte of cloud storage tends to be a fraction of a cent, all of those pennies really start to add up as more and more data gets written to the cloud. Besides, the biggest cost to using cloud storage is often tied to data egress fees. In other words, it may be relatively inexpensive to store data in the cloud, but there may be a substantial cost associated with actually using the data.

The other problem with using cloud storage as a platform for hosting IoT data is scalability. As previously mentioned, cloud storage can be scaled far more easily than on-premise storage. This is largely because data is commonly stored using object storage, which can scale to accommodate billions of files.

When I say that scalability becomes a problem with regard to storing IoT data in the cloud, it is not actually the scalability of the storage platform that is a problem. Cloud storage can readily accommodate as much IoT data as it needs to. What limits scalability is Internet connectivity. Think about it for a moment: A large organization may have hundreds, if not thousands, of connected devices that are all attempting to upload large amounts of data over a shared Internet connection. There is a limit to the throughput that the Internet connection can provide, and, with enough IoT devices transmitting data to the cloud, bandwidth will eventually become saturated.

Although there are use cases for storing IoT data in the cloud, the method that has been used thus far has its limits. But there is a better way. One thing that is often overlooked in discussions of IoT is that the microprocessors used in IoT devices are becoming increasingly more capable. Likewise, the code that runs on those microprocessors is becoming more sophisticated. As such, IoT devices are becoming increasingly autonomous and less dependent on the cloud. Hence, a new philosophy is starting to emerge.

Imagine for a moment that an industrial sensor creates a gigabyte of data every hour, but there typically is not anything interesting in the data. The data becomes interesting only if the sensor detects an anomaly. So, with that in mind, does it make sense for the IoT-enabled sensor to upload 24 GB of unimportant data to the cloud each day for storage and processing?

Of course not, which is why intelligence is starting to be built in to IoT devices. Rather than blindly creating data, next-generation devices have the ability to examine and make decisions about data. In the case of the industrial sensor in the example above, that might mean uploading a few kilobytes of anomalous data, rather than uploading every bit of the sensor’s data and expecting some backend process to sort it all out.