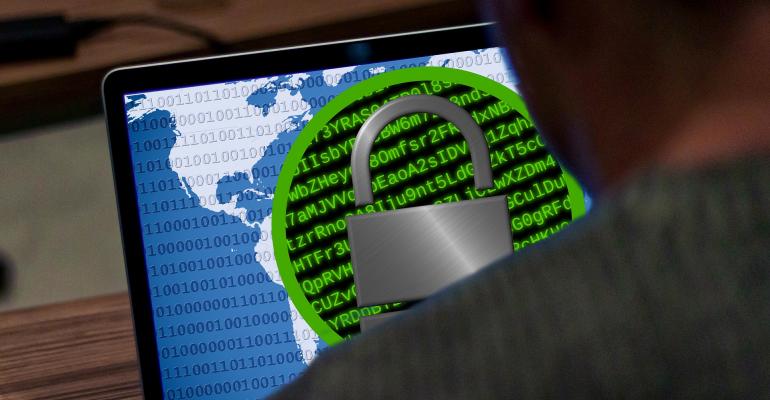 Its new Azure Sentinel service posits that only cloud-based SIEMs can handle the volume of threats besieging threat-based computing -- and it'll use AI to help with the job. Also: Workplace by Facebook reminds us it's a player in collaboration services; the Internet of Things has come for edge computing; and AI could help workers besieged by constant interruption.

A spate of security-related news out of Microsoft shows that the company is serious about positioning itself as the security solution for every aspect of the enterprise.

First up: Windows Defender ATP’s endpoint detection & response (EDR) capability is now available Windows 7 and Windows 8.1. Microsoft's all-in on Windows 10, but this feature helps bolster endpoint security for customers still on older operating systems. Microsoft's also emphasizing that this is not a permanent measure but a preparatory one, writing, "To help customers stay secure while upgrading to Windows 10, we’ve built an EDR solution for Windows 7 and Windows 8.1 that is simple to deploy and seamless to end-users, providing behavioral based threat detection, investigation and response capabilities."

On the back end, Microsoft used two new products -- Azure Sentinel and Microsoft Threat Experts -- as a way to reiterate its fitness as a cloud provider, saying their tools can keep up with the volume of threats that have scaled up as cloud-based computing has scaled up. As Ann Johnson, Microsoft Cybersecurity Solutions Group VP, wrote:

"The cloud enables a new class of intelligent security technologies that reduce complexity and integrate with the platforms and productivity tools you depend on. Today we are pleased to announce Microsoft Azure Sentinel, the first native SIEM within a major cloud platform. Azure Sentinel enables you to protect your entire organization by letting you see and stop threats before they cause harm. With AI on your side, it helps reduce noise drastically—we have seen an overall reduction of up to 90 percent in alert fatigue with early adopters. Because it’s built on Azure you can take advantage of nearly limitless cloud speed and scale and invest your time in security and not servers."

The other key part of that statement: Microsoft's incorporating its AI into the SIEM. Expect that feature to expand as the product iterates. As of right now, the Microsoft Azure cloud helps to scale these services based on the situation you are facing and Microsoft's work in AI helps to identify the trends within your data that would indicate a threat to your systems.

Swinging to the other end of the AI-to-human spectrum, Microsoft Threat Experts, which is now part of the company's Windows Defender Advanced Threat Protection (ATP) service. Users can hit an “Ask a Threat Expert” button to submit questions directly to a team of Microsoft security experts through the Windows Defender ATP console. Actual human beings who work for Microsoft will be able to respond.

Beyond these new services, Microsoft also released the 24th volume of their Security Intelligence Report.

The team collaboration space has exploded since Slack emerged in 2009 -- now, workers basically expect to be able to break out of email and communicate continuously in a chat-based environment. Microsoft rolled out its rival product, Teams, in 2017. It's been expanding the collaboration workspace's abilities since and its planned absorption of Skype for Business only adds unified communications to the Teams toolset.

However, Facebook would like to remind you it also has a collaboration workspace service. This week, the company announced that Workplace by Facebook now has two million paid users. This is the first usage stat shared since 2017, when Facebook said Workplace was used by 30,000 organizations around the world. Those paid users do not include Workplace's nonprofit or education users -- those constituencies were offered free premium accounts last year.

By comparison: Slack has three million paid users among its 10 million daily users. Microsoft Teams is integrated with Office 365 and 329,000 organizations are currently on it.

Asset discovery is becoming more of a challenge for workers: A recent research report from M-Files, a document management service provider, shows that 82% of responders felt their productivity was negatively impacted as they searched for documents across different systems. In addition, 91% believed it would be easier to have a quicker way to access the current version of a document.

Samsung and Google announced a partnership to help enterprises enable OEM customized features on Android devices that fall under various Enterprise Mobility Management providers. This process supports the new Android OEMConfig standard which implements these customizations and will streamline the bulk enrollment of devices from Samsung.

The Internet of Things has found a home in edge computing, and Microsoft's new array of Azure IoT products are primed to take advantage of the tech in several industry verticals. The company announced "industrial IoT-based solutions to the agriculture, mining, transportation, and logistics sectors," where customers will be able to collect and analyze remote sensor data without having to consider latency, bandwidth or connectivity.

Microsoft has made Visual Studio 2019 Release Candidate available to users in advance of the final version's release at an April 2 "virtual launch event." With this release, the company is introducing two product “channels”: the release channel and the preview channel. After April 2, the latter channel will continue to offer an early look at upcoming features in future Visual Studio releases.

Seventy-five percent of U.S. workers recently reported having their focus and productivity torpedoed by constant software notifications. A possible solution to the problem of balancing communication against concentration? Using AI to determine how frequently and when workers receive notifications, based on data demonstrating their busiest times.

Companies are trying to help with collaboration overload by offering hardware systems to streamline meetings among far-flung colleagues. Lenovo joins the market with its line of ThinkSmart Hubs. These are made for smaller meeting rooms, have minimal overhead and are easy to deploy. They have built In management tools for scheduling and keeping an eye on room usage plus software services that provide options for better collaboration.