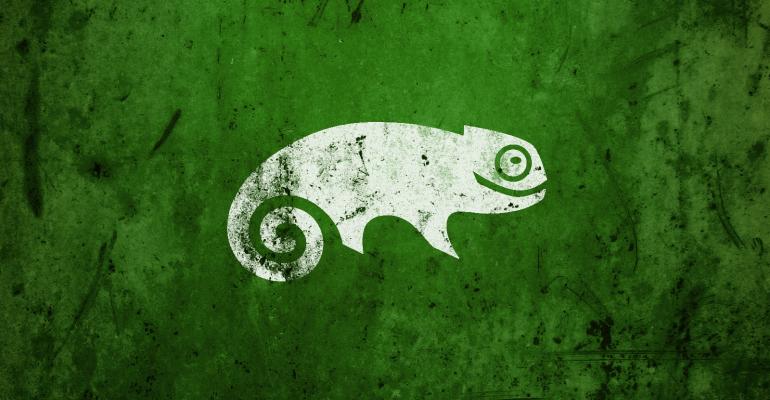 Expect Rancher and Kubernetes to Be the Stars at Digital SUSECON

This will be the first SUSECON since the Germany-based Linux company SUSE acquired the Kubernetes startup Rancher late last year. Expect Rancher to be front and center at SUSECON, and expect some Rancher-focused news.

On May 18-20, the Germany-based Linux company SUSE will unfurl its virtual tent to put on SUSECON 2021. This year you might want to register for a free seat. Why? The short answer is Rancher and Kubernetes.

One thing is certain: the addition of Rancher means the SUSE you'll be seeing at this year's event won't be the same SUSE that put on last year's show.

Rancher is the San Francisco-based Kubernetes startup that SUSE spent at least $600 million acquiring last year, an acquisition that allowed SUSE to offer its own solutions in the cloud-native market instead of having to follow Red Hat's lead.

The company was already an important part of the Kubernetes ecosystem when SUSE picked it up, with a host of products designed to make Kubernetes easy to use. Rancher’s centerpiece was its eponymous flagship platform, which supplies users with a command center for centrally managing on-premise or hybrid clusters.

Rancher is a good fit for SUSE not only because it brought a product line that SUSE needed, but because of its commitment to open source. Both Longhorn and K3s have been contributed to the Cloud Native Computing Foundation under governance that's independent of SUSE/Rancher.

According to market researcher Omdia (owned by ITPro Today parent company Informa Tech), in Rancher's last year as an independent company, its 3.9% share of container space -- with revenues of over $37 million -- put it in fourth place in that market, behind Red Hat, Mirantis and VMware.

Expect Rancher to be front and center at SUSECON, and expect some Rancher-focused news.

Although SUSECON traditionally concentrates on the EU market, this year it's bending over backwards to accommodate North American viewers, scheduling the keynotes to go live at 10 am EDT, or 7 am PDT.

SUSE's CEO, Melissa Di Donato, will get things started with a brief welcome before spending 10 minutes or so with Sheng Liang, one-time Rancher CEO and now SUSE's president of engineering and innovation. Liang will spend a total of 30 minutes in front of the camera, and it will be during this time that the important non-sponsor dependent news announcements will most likely be made.

Liang will be followed at 10:30 am EDT by "The Sky Is Not the Limit: Lessons From a Year in Space," a keynote address from retired astronaut Scott Kelly, veteran of two Space Shuttle flights and who spent five months aboard the International Space Station, beginning in October 2010. Kelly is also the identical twin of retired astronaut and current Senator from Arizona Mark Kelly. He is also brother-in-law to former Congresswoman Gabby Giffords, who suffered a brain injury after being shot in the head during an assassination attempt in 2011.

As of press time, SUSECON has 136 conference sessions and 19 demos and 12 futures on the conference catalog. As you might expect, there will be a lot of Rancher and Kubernetes -- with 43 sessions and seven demos under the "Kube" track.

Searching through the presentations on the SUSECON website is easy enough, as the schedule has several filters for narrowing results, even including technical level (either "business level overview" or beginner, intermediate or advanced "technical").

There are a few frustrating omissions to the online schedule's design, however. There is no speakers list that we could find, making it overly difficult to see if any of your favorites will be giving a talk, and all times are in British Summer Time (BST), which means attendees outside the British Isles may have to use a time zone converter to see what time a session will happen in your area. All sessions will be available for on demand viewing after their live streaming.

Attendance at SUSECON Digital '21 is free, but requires registration.