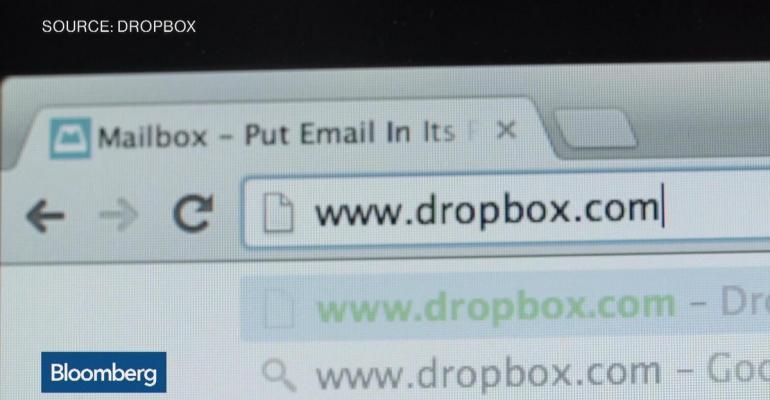 Dropbox, which was valued at $10 billion in its 2014 funding round, would be one of the biggest U.S. enterprise technology companies to list domestically in several years.

(Bloomberg) --Dropbox Inc., the file-sharing company that’s been privately valued at $10 billion, filed for a U.S. initial public offering, saying it was at scale and capable of moving fast.

The company filed with an offering size of $500 million, according to a filing with the U.S. Securities and Exchange Commission. That amount is a placeholder and is likely to change. The company plans to use the proceeds to pay down debt and for general corporate purposes.

Dropbox, which was valued at $10 billion in its 2014 funding round, would be one of the biggest U.S. enterprise technology companies to list domestically in several years. First Data Corp. went public at a market value of about $14 billion in 2015 -- the biggest such IPO in the past five years.

“While we’re at scale, we can still move quickly,” Dropbox co-founders Drew Houston and Arash Ferdowsi said in a letter to shareholders included in Friday’s filing. “Imagine if every minute at work were well spent -- if we could focus and spend our time on the things that matter. This is the world we want to live in.”

While Dropbox has been touting its scale -- with more than 500 million registered users -- and the fact that it is cash-flow positive, the filing gives a more in-depth look at its financials. The company’s revenue increased more 30 percent last year to $1.1 billion from $845 million in 2016. In the same period, the company’s net losses shrank to $112 million from $210 million.

Everyone Wants a Piece of Enterprise Tech Companies
Jan 08, 2020