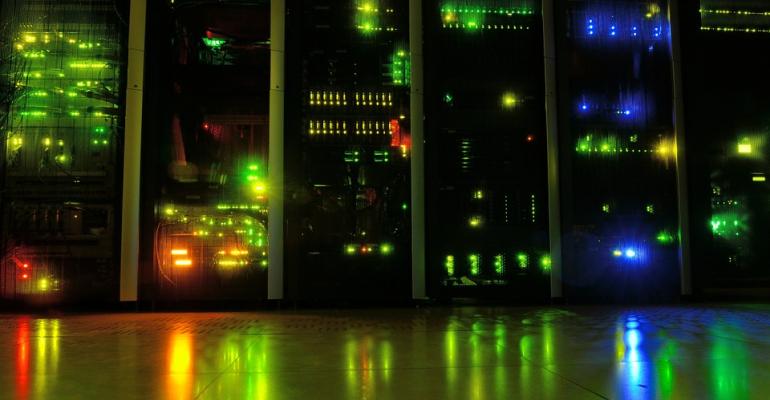 Will SUSE Bring SBCs to Datacenters?

SUSE&#39;s November release of SLES for the Raspberry Pi might eventually bring a new breed of server to server rooms and datacenters.

Is the Raspberry Pi destined to be coming to your datacenter? If not the Pi, then something like it -- maybe Arduino or a single board computer we haven't seen yet, perhaps developed by one of the OEMs? Unless I miss my guess, a Pi-like device is soon going to make up the guts in a new breed of server.

Back in November, SUSE announced that it has ported SLES, its flagship Linux operating system, to run on the Raspberry Pi 3, and has released it under the somewhat predictable name SUSE Linux Enterprise Server for Raspberry Pi. According to the announcement, as well as an accompanying blog post by jayk, this is no big deal. It was done mainly just for the fun of it, with its only practical application being "that it would be really a cool way for our field team to demonstrate SLES at trade shows."

Sounds good, eh? The SUSE folks are offering a nice little project for Pi enthusiasts, who've already been using the credit card sized computer as a DIY server since shortly after it became available. They're even making available a 365-day free evaluation copy, with security patches and other updates included to those who open a free account.

This would seem to indicate that SUSE is hoping the port will be given a try by DevOps folks who are also Pi enthusiasts, and that their experiences might lead to more SUSE deployments in server rooms and datacenters, where SUSE's bread is buttered. However, there are a couple of things that make me believe this might be more than merely a play to get admins to take a look at SLES they wouldn't otherwise take.

For starters, there's the limited time evaluation copy, which would seem to indicate SUSE is hoping to make money with this project down the road. Like Red Hat, SUSE isn't in the habit of making its flagship product available for free, without first slapping the word "community" in front of it and then releasing it under a different brand name.

After that, there's the "encouragement" SUSE received from the Raspberry Pi Foundation's CEO, Eben Upton. "He was very supportive and helpful with details like getting permission to use the name 'Raspberry Pi,'" jayk explained in his blog. I have to ask myself, would dotting the "I"s and crossing the "T"s so I could incorporate your trademark into my trademark be a priority if I didn't have some serious plans for the future?

Then there are the developer hours spent on the job -- which don't come cheap.

None of this means much of anything, however, until SUSE's newfound friendship with HPE is taken into account.

In September, HPE spun off its non-core software in an $8.8 billion "spin-merge" with SUSE's owner, Micro Focus. Although the Linux distribution wasn't part of the deal, HPE began strengthening ties with the now practically-part-of-the-family distro developer before the ink had dried on the contract. By the end of November -- about the same time SUSE released its Pi port -- HPE announced that not only was SUSE now it's preferred open source partner for Linux and open source, but that SUSE was picking up its OpenStack and Cloud Foundry assets -- including its talent base.

There's more to the story, but I trust you see where this is going....

At this point it's all conjecture, but I wouldn't be surprised to discover that SUSE is working with HPE to bring a Pi-based -- or at least a SBC-based -- server to market. And why not? The Raspberry Pi and other SBCs could certainly be a game changer -- both for the low-end where their cost could bring affordable servers to small businesses, and to large datacenters which could utilize SBC servers, that would sip power when compared to traditional servers, for certain purposes. Web hosting companies could use Pi server cases with built in power supplies and storage, equipped with on-the-fly expansion slots to offer dedicated "miniservers" as a bridge between VPSs and dedicated servers.

Because SBCs generally have limited resources when compared to traditional computers, I expect SUSE to be working at optimizing SLES for Pi-like devices. Currently, "[n]ot all SLES capabilities are enabled in this release of SLES for the Raspberry Pi, we simply couldn’t get to everything in this release." Expect that to change.

If my suspicions turn out to be correct, engineers at HPE have plenty to do developing designs that accent the advantages of SBCs, while downplaying -- or finding work arounds -- for their shortcomings. With work and a little thinking outside the box, they should be able to offer a new breed of server to place beside their existing lines.

DoD Gets Its Own Azure Datacenters from Microsoft
Oct 24, 2016