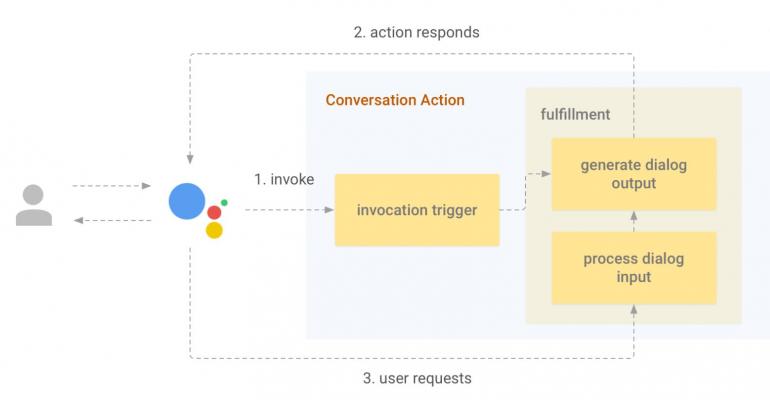 What We Want to See From Google Home in 2017

Google Home is currently the only contender that’s able to do battle with the Amazon Echo. After living with one for about a month, I’ve found Google’s search capabilities give it some key advantages over Alexa. However, when it comes to the home digital assistant game that’s only part of the equation.

In order for Google Home to be more useful and life-changing it needs to extend beyond the current capabilities. It’s brilliant at firing up a music playlist, giving you the weather report, or answering any random factoid that you want to know. There are even some modest smart home capabilities, so you can turn off the lights or fire up your favorite TV show. But to match, or as one day Google hopes exceed the capabilities of the Echo, it’s going to need to go further.

We have a sense of where this is going. Google recently announced Actions on Google. This will allow developers to build the Google Assistant, which is the brains inside of Home (and Google’s Pixel), into their own services.

Developers are able to build in responses to specific actions and user requests.

This has the potential to make Home more useful, as you’ll be able to tap into numerous other apps and services for home. Google’s announcement told us that some popular services are coming aboard right away, like Domino’s Pizza, WebMD, Quora, and Netflix. At last count there are 35 different conversations you can participate with.

But Google has some serious catching up to do, as Amazon’s Alexa already has 1,000 skills. And when it comes to the smart home, you’ll want to do more than just order a pizza.

WHERE HOME NEEDS TO GO

For example, Alexa has a stronger e-commerce tie-in, allowing you to buy exclusive items through the device. Google’s shopping capabilities ought to give enough of a content boost for making something similar possible. Additionally, there are still some perplexing limitations, like the inability to set a reminder or to send a text or instant message from Home.

These capabilities certainly exist, as the Google Assistant on the Pixel can handle them. Same goes for creating a calendar entry or getting your emails read aloud to you. Likely it’s a matter of time for making this happen, since all of these services live inside of your Google account.

Also, there’s room for more voice control with services like Chromecast or Android TV. A “hey Google” ought to allow you the chance to pause your programming, search for something else, or share an observation about what you’re watching through social media. Additionally, we’re at the very onset of smarter homes, with lots of lights, smart thermostats, and other areas that can be controlled by voice. Google has a good start, but I can imagine a future where you could announce “vacation mode” and the house would know when to turn on and off the lights each day until you’re gone.

The future of search may very well be voice. It creates a universal interface that is far more accessible because there are no visuals to confuse you or operating system tricks to learn. For people to be willing to use their phone less and a talking orb more, it’s going to need to wow us the way that that first smartphone made you feel like it was a magical device.

If you want to get a feel for how challenging it is to get computers to interpret and understand human language, check out this YouTube video from Google Developers. Conversation will require a new way of thinking about design and what it means to build an end-to-end experience. Google’s experience in search, artificial intelligence, and hardware leave the company positioned well for this bold, new future.