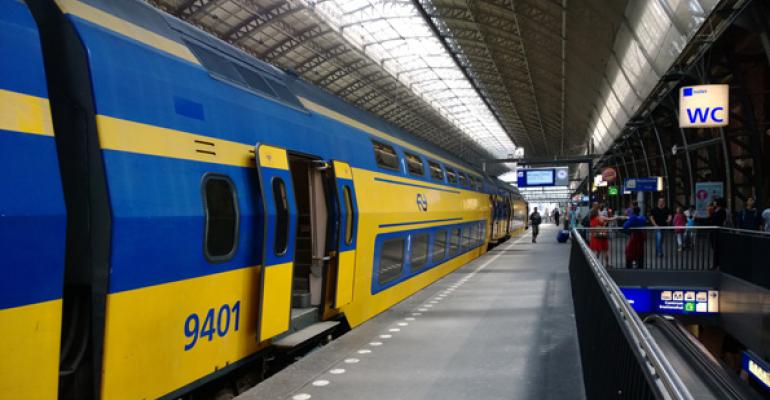 What I Use: HMA! Pro VPN

Anyone who travels or lives outside the United States knows that some online services we take for granted in the states either aren’t available in other countries or are significantly less useful. After years of traveling internationally, I’ve finally given in to this reality and am using a VPN service to spoof my location and get back access to the services I already pay for. If you spend time outside the country, this is something to consider doing as well.

Each summer, we do a home swap, usually in Europe. This enables us to stay away longer—three weeks this year, but sometimes a month—because the hotel bills for such a lengthy stay would be impossibly high. (You also typically have access to the other family’s car, another added expense on a normal vacation.) We swap homes because we like to experience what it’s like to live in other countries, not just visit them as tourists.

One of the issues we run into on such trips is that many online services we access regularly don’t work properly or at all. This year in Amsterdam, for example, we’re provided with the Netherlands version of YouTube, Google, and other web sites. Visit Google Play, and you’ll see that only books and apps are available, and not movies, TV shows, magazines and devices as we see in the US.

Other services don’t work at all, the key example being Netflix. When the kids were younger, these issues weren’t insurmountable, and of course we’re here to visit the city or area we’re in and not be cooped up in someone’s house watching TV. But the thing is, we’re living here, not just visiting. That means I’m working most days, for at least part of the day. And the kids understandably want to spend some time winding down. My son is binge-watching “Breaking Bad,” currently, on Netflix, for example.

Of course, Netflix doesn’t work in the Netherlands, at least not on my US-based account. This is very typical and most content/entertainment services (aside from Apple’s, which is pretty suspicious, by the way) don’t work out of respect to international copyright laws. But I am an American and I pay for Netflix. Plus, I want to access the US versions of Microsoft, Google, and other online services.

And so you can, using one of a growing number of paid VPN services that make it appear as if your PC is in the United States and not in the country in which you really are. After doing a bit of research, I settled on something called HMA! Pro VPN (where HMA comically stands for “hide your ass”). It offers cheaper prices for longer commitments, but a month of service is just over $11. That’s a bargain, when you consider the positive effect this has on my kid’s dispositions.

For Windows PCs, you can download a simple utility that lets you pick where you wish to appear to be from. Super-simple.

For mobile devices like Android and iPad, you just need to configure the built-in VPN software. The web site for HMA! Pro VPN has instructions.

In both cases, the changes are basically immediate. Netflix stops complaining and just works. And YouTube fires up the US version as we want. As far as the apps and web sites on your PC are concerned, you are in the US. Exactly what I was looking for.

You can find out more about this solution at HMA! Pro VPN.