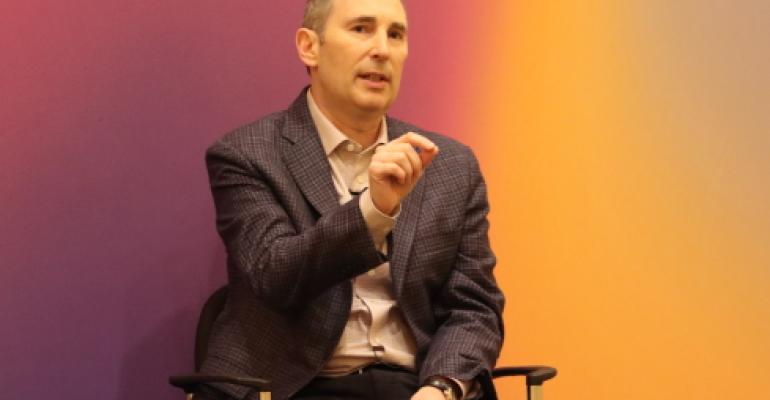 What Comes Next for AWS with Jassy to Become Amazon CEO

Change in leadership looms as the chief executive at the dominant player in cloud computing prepares to lead parent company.

Amazon founder Jeff Bezos will step away from his CEO post in the third quarter and make room for Andy Jassy as his successor, raising questions about what direction the company might take and the path ahead for Amazon Web Services (AWS).

Forrester’s Glenn O’Donnell, vice president and research director for infrastructure and operations professionals, says Jassy’s promotion from CEO of AWS to the leadership of its parent company as a reward for his efforts. “Andy Jassy has been running one of the most successful businesses in the tech world -- maybe ever,” O’Donnell says. “AWS has been a rousing success story.”

The promotion may also be a sign of the direction the company might head in. Amazon may be known among the general populace as an e-tailing giant with a streaming service, but O’Donnell says the parent company’s roots in technology should not be underestimated. “Amazon is not a retailer,” he says. “Amazon is a tech company that uses its tech to sell stuff.”

O’Donnell says he does not foresee a material change at Amazon in the short term after Jassy takes the reins, though he does expect a push at the company to continue innovating. “This is an absolute requirement in the cloud space,” he says. “If you take your foot off the gas pedal even a millimeter you’re pretty much out of the business.”

Though AWS is a dominant force in cloud, O’Donnell says it is essential to keep changing and releasing new capabilities. He expects that type of momentum to continue at Amazon the same way it shook up retailing in the past.

There might be some leadership tests ahead for Jassy as more public scrutiny focuses on major technology players such as Google and Facebook about how they operate, and the power the wield. “The biggest challenge Andy has is Amazon and other giant tech companies have been coming under some increasing pressure from Washington -- regulators -- around possible antitrust issues,” O’Donnell says. “He’s going to have to deal with a lot of that stuff.”

Jassy is no stranger to dealings with the federal government, having vocalized his contentions previously about the Joint Enterprise Defense Infrastructure (JEDI) contract awarded to Microsoft.

JEDI is a plan for a cloud overhaul for the Department of Defense and military services.

Amazon has contested the contract in court, which included claims that very public vitriol from the Trump White House aimed at Jeff Bezos may have influenced the awarding of the contract. What becomes of the JEDI contract under President Joe Biden’s administration is up for debate. “[Amazon] will continue to fight it because they have to, O’Donnell says. However, there may come a point, he says, when Amazon might decide to move on to other potential deals.

O’Donnell says AWS has been a substantial boon to Amazon, recording double digits annually. “For the longest time it’s been the profit center in Amazon,” he says. At times when the retail operation might lose money, AWS was making money, according to O’Donnell. “That kind of subsidized a lot of other things. The retail operation is now making money, too.”

The next head of AWS has yet to be named by Amazon and O’Donnell says the choice will be crucial in the face of rising cloud competitors. “They’re not going to put some slouch in that position because they know what kind of leader is necessary there,” he says. “As fast as AWS has been growing, Microsoft’s been growing even faster. It’s still a distant second but it’s gaining ground.”