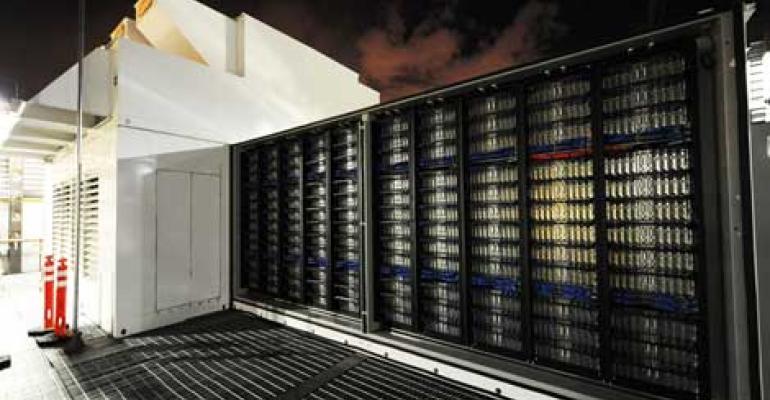 What About Dell's $1 Billion Cloud Buildout?

Dell has abandoned its plans to offer its own public cloud, shifting to a partner-focused cloud model instead. What does this mean for Dell’s plan to invest $1 billion in data centers? 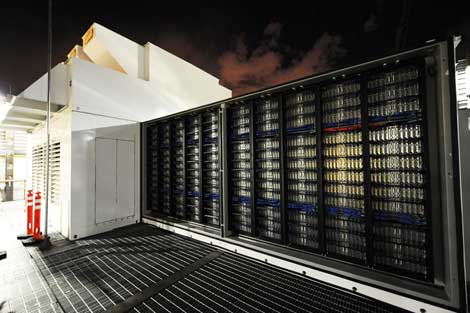 Dell's use of modular data centers - like this unit deployed for eBay - was a key part of its plans to expand its data center network to host its own public cloud offering, an initiative which was discontinued last week. (Photo: eBay)

Dell has abandoned its plans to offer its own public cloud, shifting to a partner-focused cloud model instead. Most of the chatter has been around what this means for OpenStack. But what does this mean for Dell’s plan to invest $1 billion in data centers?

Back in 2011, Dell announced its plans to spend $1 billion on data centers to deliver its public cloud products. The company planned to build 10 data centers in 24 months; an aggressive plan by all accounts. However, with Dell dropping its direct public cloud offering, much of the infrastructure that would have populated these data centers has now disappeared.

Has Dell held strong to its data center buildout plans? If not, has that plan significantly changed since dropping public cloud? If the company has or will invest this money in infrastructure, what will it be used for? Data Center Knowledge reached out to Dell to ask how its shift in public cloud plans will impact its planned data center expansion, but the company hasn't responded.

What We Know: Deployments in Quincy and Slough

Few public announcements have been made about Dell's data center expansion. Here's a look at what we know.

In late 2011, a UK data center in Slough entered production. It wasn’t a massive amount of space, consisting of 5,000 square feet divided into two sections – a raised-floor area featuring rows of cabinets using hot aisle containment and in-row cooling units, and a second section with IT capacity deployed in Dell Modular Data Centers. The Slough facility, which was developed by retrofitting an existing structure, will meet Tier III reliability standards and a power usage effectiveness (PUE) of about 1.5.

One of the U.S. data centers announced and built was in Quincy, Washington where Dell purchased 80 acres of land and filed plans to build a 350,000 square foot data center. This was to be a key component of a global data center expansion to support the company’s push into cloud computing services. The first phase of the project was unveiled in February 2012, featuring 40,000 square feet of data center space.

Last year a Dell executive outlined plans to build 20 data centers in the Asia Pacific region, commencing with one in India. In 2011, CEO Michael Dell stated that the company would build a data center in Australia.

The plan was to target its cloud offerings to all three tiers of the cloud market, including Infrastructure as a Service (IaaS) offerings for both compute and storage, Platform as a Service (PaaS) for application development and deployment, and an SaaS-level Virtual Desktop as a Service offering atop Microsoft’s Hyper-V virtualization solution.

A few weeks ago, the company acquired Enstratius, which greatly deepened its capabilities in cloud management. Dropping public cloud makes sense considering the company’s growing play in the enterprise and on the platform level. There’s a lot of competition in terms of public cloud – AWS, Google, Microsoft, Rackspace and OpenStack all come to mind – as well as new players joining the fray everyday (VMWare is a recent example). By offering its own public cloud, Dell threatened to cannibalize its channel somewhat, though the company was positioning its offering as complementary to partners.  Dropping these plans means there’s no longer any potential conflicts of interest and it can supply these partners in a completely complimentary way. But it begs the question – what about the infrastructure?

The company’s shift to using modular data centers means that it might not have had to make the same capital commitments to cloud as it once pledged. The company does have some initiatives like Workstations that promise or hope to fill up data center space. The company still believes in the growth of the public cloud, it just isn't supplying it directly out of its data centers anymore.

“Many Dell customers plan to expand their use of public cloud, but in order to truly reap the benefits, they want a choice of providers, flexibility and interoperability across platforms and models, the ability to compare cloud economics and workload performance, and a cohesive way to manage all of it,” said Nnamdi Orakwue, vice president, Dell Cloud, after dropping the public offering. “The partner approach offers increased value to Dell’s customers, channel partners and shareholders, as part of our comprehensive cloud strategy to deliver market-leading, end-to-end cloud solutions.”

It's a sound strategy. However, the earmarked billion dollars now leaves us asking – what happens with the infrastructure?

Sponsor Content
Why Native Security Controls in Public Clouds Are Not Enough
Oct 05, 2021