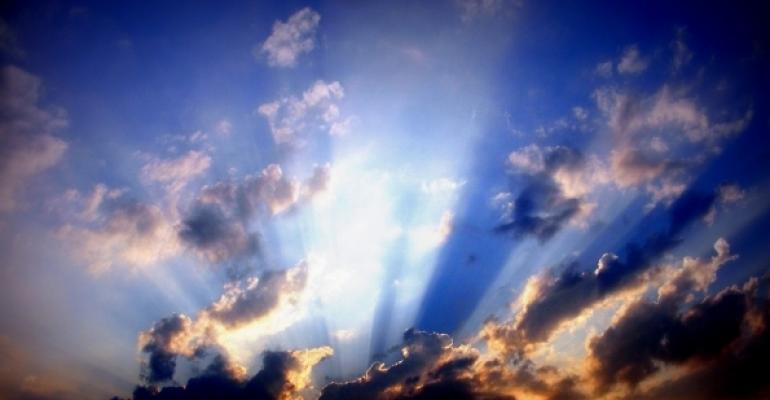 SAP SE raised its targets for 2020 as customers bought its latest suite of applications at a faster pace, and Chief Executive Officer Bill McDermott -- a fan of Donald Trump’s “The Art of the Deal,” -- said he wouldn’t “lay off the accelerator” on acquisitions, engineering investment or a potential share buyback.

The updated outlook, on top of fourth-quarter sales that were in line with estimates, show how SAP, which supplies software for running factories, supply chains and financial accounts, is managing a transition from software installed on customers’ computers to online cloud-computing tools.

SAP’s on-site software license business is barely growing, but its overall growth is still out-pacing that of competitors Oracle Corp. and a key software division at IBM Corp. Now the company is looking to deploy more of its 3.7 billion euros ($4 billion) in cash to fuel more growth.

Shares of SAP were up 0.3 percent at 83.12 euros at 11:29 a.m. in Frankfurt. SAP’s new targets were “still too conservative” given the company’s strong performance, said Thomas Becker, analyst at Commerzbank AG in a client note.

“You could consider the share buy-backs but it’s my least favorite thing,” McDermott said in an interview at SAP’s Walldorf, Germany headquarters Tuesday. “We don’t need that story. We will look at tuck-ins, not mega-deals,” and acquisitions up to about $1 billion, he said.

SAP could buy software companies whose capabilities cut across industries, or in specific areas like networking factories and industrial equipment, the CEO said.

McDermott is moving SAP’s tens of thousands of businesses that run the company’s older software onto a new set of applications called S/4 Hana. SAP said it now has 5,400 businesses running the new suite, up from 4,100 at the end of October.

The company, like its rival Oracle, is also giving users more options to run key software in the cloud. Early next month the company plans to announce new software called “S/4 Hana Cloud Edition” that tailors its flagship suite for the upper end of mid-sized companies with about 1,500 employees, McDermott said.

SAP reported its so-called backlog of cloud-computing software that was contracted but not yet recognized as revenue climbed 47 percent year-on-year in the fourth quarter to reach 5.4 billion euros at year-end.

McDermott said in the interview SAP is having “communications” with the administration of U.S. President Donald Trump and that he is eager to continue supplying technology to the government that can modernize the nation’s healthcare system. Tech leaders including Oracle co-CEO Safra Catz and Microsoft Corp. CEO Satya Nadella had met with Trump last month to discuss policy.

“We don’t have to sit in a conference room to be relevant,” McDermott said. “I was a big fan of ‘The Art of the Deal’ and I have met him in the past.”

Sales for 2016 were just over 22 billion euros, matching estimates. In 2017, SAP expects cloud and software revenues to climb by 6 percent to 8 percent at constant currencies.

Microsoft and SAP’s Cloud Computing Platforms to Interoperate
May 17, 2016