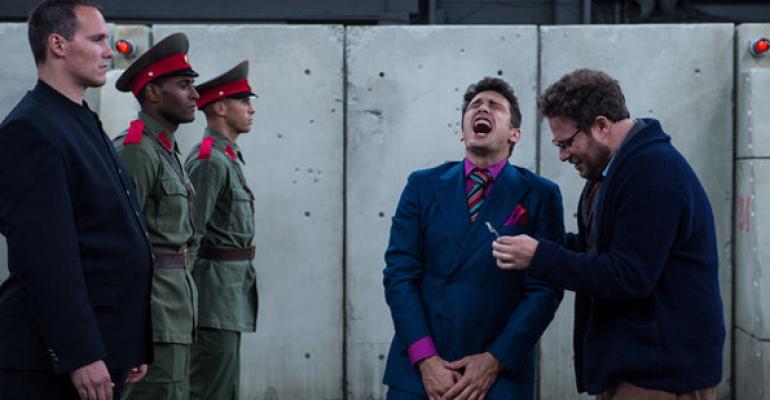 A not so unsubstantiated threat after all

NBC News and The New York Times are independently reporting that the United States has determined that the North Korean government was indeed behind the electronic attack against Sony. This isn't the first time a government has instigated such an attack against a public company, but the terrorism threats that have accompanied the hack are a concerning new low.

"We have found linkage to the North Korean government," a US government source told NBC News. Meanwhile, the New York Times reported that North Korea was "centrally involved" in the attack. What's not clear, apparently, is whether the attacks originated from with North Korea or from outside the country. Either way, multiple sources agree the attacks were sanctioned by North Korea and constitute state-sponsored terrorism.

News of North Korea's involvement in the attack comes amidst related news that Sony Pictures has pulled the release of the comedy film "The Interview," which was slated for a Christmas Day (December 25) opening. In the movie, North Korea dictator Kim Jong-un is assassinated in a fairly spectacular fashion, and the country had previously described this fictitious depiction as an "act of war." But the hacker group responsible for infiltrating Sony's networks had escalated their war of words against the entertainment firm and had warned of terrorist attacks at movie theaters on Christmas Day.

"Remember the 11th of September 2001," one threatening email to Sony and worldwide news outlets reads.

Since most major movie chains had already opted to not premier the film, Sony was left with no choice but to pull the picture. "We respect and understand our [movie chain] partners' decision and, of course, completely share their paramount interest in the safety of employees and theatergoers," a Sony Pictures statement notes.

A hacker group called "Guardians of Peace" has taken credit for the Sony hack, and it's probably fair until we know more to link the threats it has made to them instead of the North Korean government. Despite initial reports of Sony ineptness, subsequent forensic examinations of the attack have shown it to be quite sophisticated an "unprecedented" in scope. And some have suggested that such an attack could easily have taken down many world governments as well.

Officially, North Korea says that it had nothing to do with the Sony attack, though of course the country is quite happy with the results. "The hacking into Sony Pictures Entertainment might be a righteous deed of the supporters and sympathizers with [North Korea] in response to its appeal," a representative for the repressive regime told the state-run KCNA news agency. He then blamed South Korea—which has technically been at war with North Korea for over 50 years—of "floating the false rumor that the North was involved in the hacking."

As for the movie, "Sony Pictures has no further release plans" for the $42 million comedy, though a direct-to-video release is likely. But for now, the theatrical, DVD and video on demand releases of "The Interview" have all been canceled.