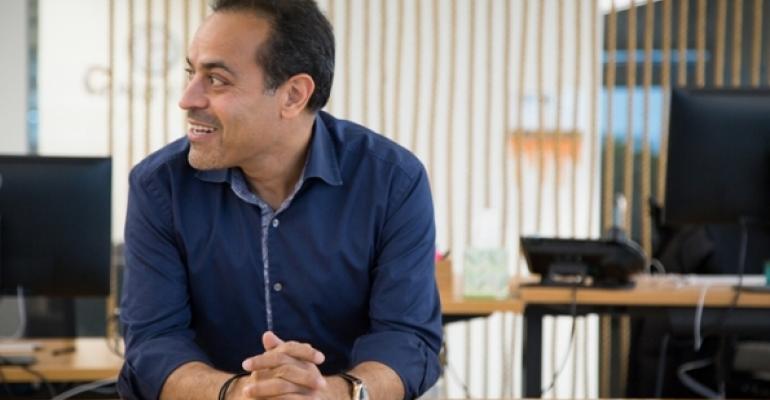 Both platforms enable developers to manage infrastructure and applications across the entire software delivery process to make app development quicker.

Puppet, the open source company that markets cloud-native software management tools, has acquired startup Distelli. Based in Seattle, Distelli offers a software as a service platform used by developers to build, test, and deploy code written in any language to any server, including cloud platforms. This is an obvious good match, as both platforms enable developers to manage infrastructure and applications across the entire software delivery process to make app development quicker.

"Today, a company's success is predicated on how quickly and successfully it can deliver new experiences to customers through software," Puppet's CEO, Sanjay Mirchandani, said in a statement. "Automation makes world-class application delivery straightforward for every enterprise, not just for companies born in the cloud. Together with Distelli, we are bringing a comprehensive solution for orchestrating and automating the entire software delivery lifecycle, from infrastructure, all the way up through containers."

In a blog posted Wednesday, the day the sale was announced, Mirchandani hinted that Distelli's software would be integrated into Puppet. The details, however, won't be coming until October at the company's conference, PuppetConf, in San Francisco.

Puppet produces a free and open source product called Open Source Puppet. The company earns its keep, however, with Puppet Enterprise, a proprietary offering that, in addition to the features found in the free version, provides GUI, API and command line tools for node management.

It can be assumed that any integration between Puppet and Distelli will be offered only in the Enterprise edition, but don't take that to the bank -- checks backed by second guesses are subject to bounce. All we know for sure, according to the press release, is that "Distelli products will continue to be commercially available" and that "current Distelli customers will be honored and supported by Puppet."

"All our products and services that you've come to love will continue to be supported and our capabilities will only increase as a result of this partnership," Rahul Singh, Distelli's founder and CEO said in a blog. "The entire Distelli team will be joining Puppet in their Seattle office and we will all continue to deliver software at the pace you've come to expect."

The move to Puppet's Seattle office will most likely be made by way of elevator, since both companies are housed in the Fourth and Blanchard Building near downtown Seattle. Singh will join Puppet as its vice president of engineering.

Singh, one of the initial engineers behind Amazon Web Services, founded Distelli in 2013. The following year, the startup raised $2.8 million in a Series A funding round led by venture capital firm Andreessen Horowitz. Earlier this year the company released a Kubernetes dashboard, to ease the use of the popular container orchestration tool, which means that Puppet will be increasing its Kubernetes presence -- a big plus.

Distelli also offers a VM dashboard for building and deploying virtual machines and Europa, a Docker container registry to make it easier for software teams to host docker images.

"This deal combines Puppet’s trusted brand, DevOps leadership, global go-to-market capabilities, partnerships and enterprise infrastructure automation capabilities with Distelli’s modern application delivery automation capabilities," Puppet's Mirchandani said. "The result: a best-of-breed delivery platform built for the enterprise, that integrates with a wide variety of tools and targets every infrastructure platform, both on-premises and in the cloud, meeting our customers where they are and giving them options to avoid vendor lock-in."

No details about the sale have been made available.