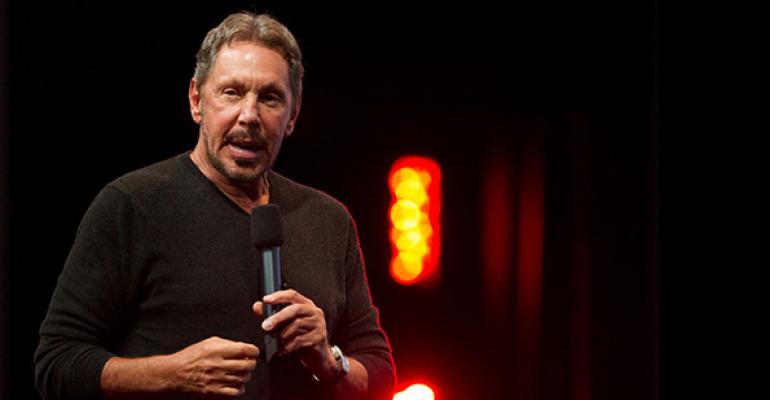 The company argues that automation equals security, with Larry Ellison saying, “If you eliminate human error in autonomous systems, you eliminate data theft.” The lineup of “self-driving” programs could help differentiate the company’s offerings against products from Amazon.com and Microsoft.

(Bloomberg) -- Oracle Corp. unveiled an operating system that runs without the need for human oversight, part of a raft of new software tools meant to ease the company’s rocky transition to cloud computing.

Ellison said the operating system, which the company’s Autonomous Database runs on, will update itself without any downtime.

The world’s second-largest software maker has sought to revive sales growth after years of almost stagnant revenue. Oracle hopes that a lineup of “self-driving” programs could help differentiate the company’s offerings against products from Amazon.com Inc. and Microsoft Corp. Those companies are the top two in the market to rent storage and computing power, which is projected to reach almost $39 billion in 2019. The tools may also entice longtime Oracle customers to upgrade their technology to take advantage of artificial intelligence and machine learning capabilities.

Oracle disclosed last week that Mark Hurd, one of the company’s two chief executive officers, would take a leave of absence to treat an unspecified illness. Ellison and Oracle’s other CEO, Safra Catz, said they would fill in for Hurd, who has overseen the company’s sales and marketing efforts.

The Redwood City, California-based company also announced a variety of changes and new programs to bolster its partner ecosystem: