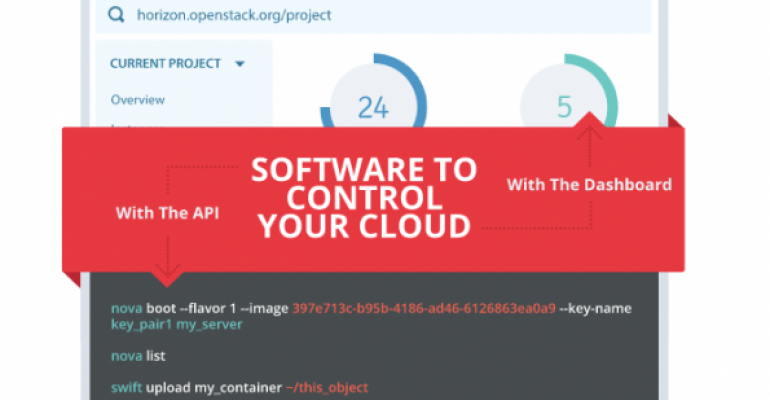 OpenStack 'Pike' Focuses on Basics Instead of Gee-Whiz New Features

There's a new release of OpenStack, the open source infrastructure-as-a-service platform for cloud computing. The new release, Pike, isn't chock-full of new features, as OpenStack's focus for the next several releases will be on stability, scalability, performance and ease-of-use.

Actually, this is a good time for the platform's developers to step away from any mad rush to add new features and concentrate on improving the basics. Back in April, when we reported on Open Stack's ninth User Survey, we noted that although use of the platform was on the rise, in some cases user satisfaction was declining, most likely over usability issues.

The most notable improvement to Pike, according to at least one media pundit, is that the new OpenStack is easier to deploy and update. If true -- I haven't been brave enough to try installing OpenStack yet -- this will be welcome news throughout the data centers where the platform is deployed. Simply put, it has a reputation of being a bear to deploy and just as difficult to update.

OpenStack is becoming easier for IT organizations to incorporate into their plans in other ways as well.

"With new delivery models like private-cloud-as-a-service, it's easier than ever to adopt OpenStack through the open source ecosystem where users are not locked into a proprietary technology or single vendor," the OpenStack Foundation said in a statement. "OpenStack’s modular architecture also allows you to pick the functionality you need -- whether that’s bare metal or block storage provisioning -- to plug into your infrastructure stack. This composability -- which makes possible use cases like edge computing and NFV [network functions virtualization] -- is a marked distinction from proprietary on-premises offerings, or even earlier versions of OpenStack."

According to the foundation, the new capabilities Pike offers to improve manageability and provide greater flexibility and scale includes:

Python 3.5 upgrade: The OpenStack community has introduced support for Python 3.5 across all foundation projects in order to take advantage of new features and increased performance in the future, and to be ready for Python 2.x end-of-life in 2020.

Leveraging etcd: Etcd is an open source distributed key value store that provides a reliable way to store data across a cluster of machines that was developed by the Linux container distribution, CoreOS. It's set to become the distributed lock management solution for OpenStack going forward, and integrations have started appearing in the Pike release.

Cinder block storage: Cinder is designed to present storage resources to end users that can be consumed by the OpenStack Compute Project. New in Pike is "revert to snapshot," which lets users recover from things like data corruption or reset after running tests. Users can also now extend storage volumes without shutting down virtual machines.

Swift object storage adds globally distributed erasure codes: Swift offers cloud storage software that allows users to store and retrieve great amounts of data with a simple API. In Pike, even if the cross-region network is down, individual regions can still function, and failures in one region can use the remote region to recover. Swift also added performance improvements by enabling users to run multiple concurrent processes per server.

"The features and upgrades that Pike brings are the lessons of experience you get from enabling thousands of public and private clouds, large and small, for seven-plus years," the executive director of the OpenStack Foundation, Jonathan Bryce, said in a statement. "The rise of composable services and simpler consumption options are part of that maturation process. Our community is now focused on eliminating future technical debt as well as growing OpenStack's capabilities to support ever-expanding use cases."