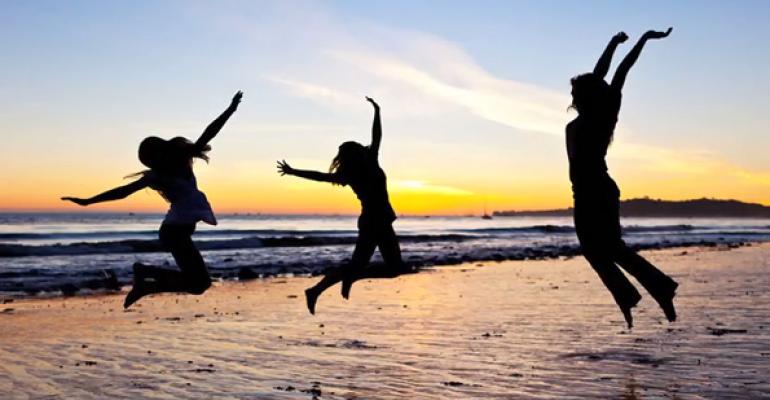 Microsoft's Move to the Cloud Is on Your Schedule, Not Theirs

You think Microsoft's moving too fast to the cloud? Check out Adobe!

Last week I wrote a rabble-rousing editorial, "Azure Is the Future of Microsoft," in which I delivered a painful message that I think all Microsoft-supporting IT pros need to hear: Microsoft is moving its platforms to the cloud and expects customers to make this transition as well. But now that the dust has settled, here's the good news: This move won't happen overnight.

Indeed, this past month has been a very interesting one for those invested in this stuff. In early May, Adobe issued the following amazing announcement, stunning virtually all of its customers.

"The company will focus creative software development efforts on its Creative Cloud offering moving forward. While Adobe Creative Suite 6 products will continue to be supported and available for purchase, the company has no plans for future releases of Creative Suite or other CS products. Focusing development on Creative Cloud will not only accelerate the rate at which Adobe can innovate but also broaden the type of innovation the company can offer the creative community."

If you're not familiar with Adobe's product offerings, allow me to explain: What the company revealed is that it will no longer update traditionally packaged versions of its core software product, Create Suite, which includes Photoshop and other high-end tools. Instead, it will offer only the subscription-based Creative Cloud offering going forward.

This decision is curious on many levels. But the big one is how clueless Adobe appears to be about its own customers.

According to Adobe, only 500,000 subscribers are currently paying for Creative Cloud. I'm not honestly sure what the overall user base is of the firm's professional design products, but I have to believe it's in the many millions. So what Adobe is doing here is moving to a new model while dropping the one most of its customers utilize (and, I believe, prefer).

Compare this with the Microsoft approach. Let's use Office as the obvious, trend-setting example.

This year, Microsoft released a new version of its Office productivity suite, called Office 2013. As with previous Office versions, it's available in various product versions—Office 2013 Home & Student, Office 2013 Professional, and so on—and each of the Office applications (Word, Excel, PowerPoint, etc.) are of course available separately as well.

What's changed is that Microsoft is also offering Office as a subscription, and it's priced those options to be such a steal that customers would in many cases be harming themselves by opting for the traditional standalone products. These subscription offerings are varied, too, with Office being offered as part of various Office 365 subscriptions for businesses of all sizes as well a new consumer offering, Office 365 Home Premium, that's particularly well-priced.

As important, Microsoft is offering customers some other compelling reasons to choose the subscription options. Ongoing updates, for example, that include functional additions as well as fixes. The ability to install Office 2013 on up to five devices per user (or in the case of Office 365 Home Premium, five devices per household). And more.

So Microsoft is offering a choice, although the company has tilted that choice in favor of the cloud services versions. Adobe is offering customers no choice.

"We think subscription Software as a Service is the future," Microsoft's Cliff Patterson wrote in a post to the Office News blog that responded to the Adobe announcement. "The benefits to consumers are huge. Subscribers are always up to date. They get the latest and most complete applications. They can use subscriptions across the multitude of devices people use today. Web services like SkyDrive and applications like Skype are also more easily integrated with subscription services, like the new Office 365 Home Premium."

Patterson says that the shift from traditionally packaged software to subscription services could take as long as a decade. And until that shift happens, Microsoft intends to offer customers that choice, between software sold as a package and services sold as a subscription.

When I wrote "Azure Is the Future of Microsoft," I knew the fallout would be tremendous and that Windows IT Pro readers would recoil against a future in which cloud services completely replace traditionally packaged software. But I also know that this future is happening with or without them and that the wake-up call was required. Microsoft's public revelations about this strategy, which I believe will come this summer, will still surprise many.

But give the one-time software giant some credit: Microsoft is letting its customers follow it down this path at their own speed. The company knows that this transition is as difficult for some as it is historical and monumental. And today, for many, it's simply unimaginable.

Someone should clue Adobe in to that reality. What Adobe is doing is admirably future-leaning. But it's also customer-antagonistic.