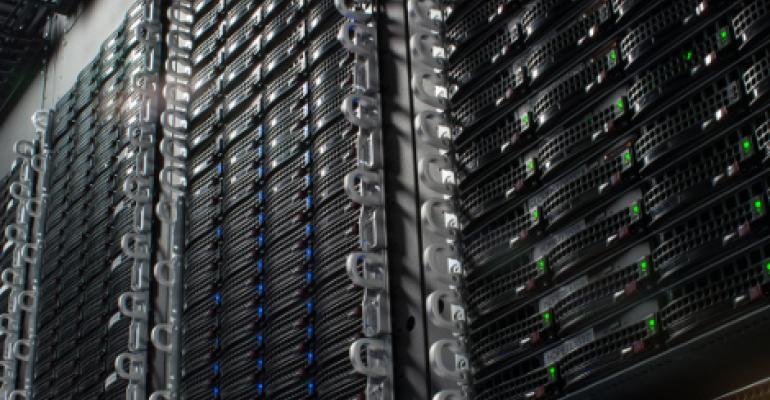 IBM today introduced a new platform, IBM Cloud Private, focused on private data centers looking for a relatively painless way to move into the cloud. It's designed to speed integration of public and private clouds through use of containers, microservices, and API's.

These days private data centers are at a disadvantage. Connected devices are rapidly becoming a necessary part of modern commerce, and some services need to be located as close to the devices as possible. This usually requires taking advantages of the reach of public clouds, which have facilities located across the globe.

But transitioning from private data center to public cloud and then to hybrid cloud is a difficult and complex process, which has solutions providers like IBM working to smooth the path.

"How do you help with that progression?" Angel Diaz, IBM's VP of developer technology and advocacy, asked in a conversation with Data Center Knowledge. "How do you help in that point in the middle in that hybrid cloud journey? You want to unlock systems so innovation can occur at whatever clock speed it needs to, and you want new applications you build to be able to be run on-premise and off-premise. That is the focus of IBM Cloud Private."

The platform promises to hand organizations all of the tools necessary to turn their private data centers into modern private clouds, including essential cloud components such as APIs and Kubernetes-powered containers, with capabilities to later move workloads to the public cloud as needed. It comes with software that's already been containerized, including IBM tools and most major open source databases.

"Private clouds can help enterprises meet security and compliance standards for data, ensure high availability of core workloads, and improve performance by keeping data and apps together," the company said in a statement. "Creating a cloud with on-premises systems, though, has been challenging because it involves tying together a complex network of new and existing apps, hardware, software, and services."

Part of that challenge has been containers, which are pretty much a necessary ingredient in any effective cloud strategy. One problem is that many companies are running legacy applications that don't containerize easily using traditional methods. IBM has a solution. They can take advantage of its recently announced partnership with Docker created specifically to make containerization of those apps easier.

"The single architecture based on containers allows you to build it once and then deploy it into these different deployment typologies as you see fit and as you need," Diaz said. "That is going to accelerate our clients' ability to innovate, to change and build applications quicker, and also allow them to manage their costs."

Because IBM runs it's own public cloud, Bluemix, Cloud Private might be seen as a tool for gaining new cloud customers. If so, it's a soft sell. The platform is cloud-agnostic and will work with any of the public clouds.

This is different from the tactics of other public cloud providers trying to grab a piece of the hybrid pie, which usually position a particular cloud as a gateway. Azure Stack, for example, only grants access to clouds other than Azure through Azure. The same is true of Oracle's private data center offering, Oracle Cloud at Customer, where Oracle Cloud becomes the gateway for all other public cloud connections.

This doesn't mean that IBM isn't happy to explain why you should use their cloud over others, however. When we asked, Diaz extolled the virtues of Bluemix, especially for developers, in great detail.

He also pointed out that much consideration was given to meeting developers' needs when designing Cloud Private.

"We have a place called developer.ibm.com/code," he said, citing one example. "In there, there are patterns that are specific for IBM Cloud Private and containers, which accelerate the developer's ability to, say, take a classical three-tiered app, put it into a container and deploy it. There's a pattern that shows them how to do that, and they can do that and focus on the actual application itself."

These copy/paste code snippets are available to everyone, whether a Big Blue customer or not, and are open source, licensed under Apache 2.0.

From the operational side, Cloud Private is good to go on a range of architectures that include VMware, many OpenStack distributions, or bare metal servers on x86, IBM Z, and IBM Power Systems platforms.

IBM says it sees organizations, especially in regulated industries such as finance and healthcare, turning to private cloud to maintain control of core data and workloads while taking advantage of new cloud environments. They estimates companies will spend more than $100 billion a year over the next three years on hardware, software, and services to create private clouds.