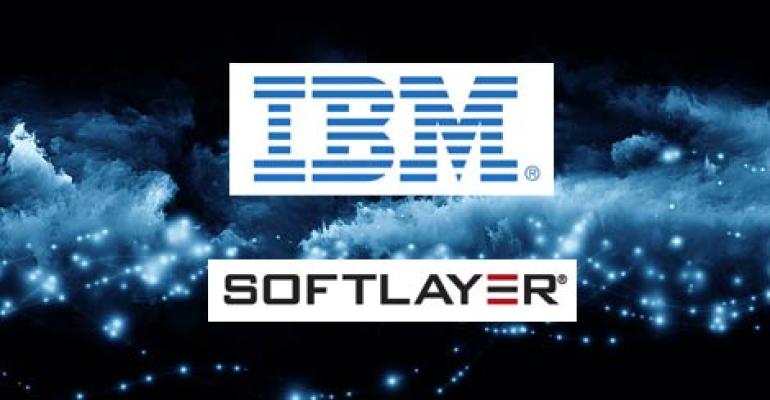 IBM SoftLayer: One Year After the Acquisition

IBM is one year into its SoftLayer acquisition, which has  transformed and helped form the backbone of its cloud offerings. IBM spent $2 billion to anchor its cloud portfolio and has racked up several clients, integrated numerous services and expanded its infrastructure footprint since. Today, on the deal's anniversary, IBM is launching a range of new cloud services for the enterprise based on the SoftLayer infrastructure.

IBM also detailed some of the new services in the works, some that have been integrated since the acquisition and a few targets for the rest of its multi-billion-dollar investment in growth of the cloud business. The sum total of achievements for the 12 months shows good progress.

Thousands of companies have migrated to SoftLayer in the past year. "Cloud is mainstream, large organizations are using it," said George Karidis, COO at SoftLayer. "A few years ago it was the three guys with the dream; now it’s the largest banks in the world. They want the credibility of an IBM with the very reliable combination of the SoftLayer platform."

Nearly half of IBM's top 100 strategic outsourcing clients -- including some of the world's largest enterprises -- are already implementing cloud solutions with IBM as they transition to a hybrid cloud model.

The company’s hybrid proposition means clients can maintain on-premise control of key applications and data while moving other workloads, like systems of engagement, to the cloud for quick access to data, expansion of new services and cost reductions. It means keeping secure backend services alongside dynamic front-end services on the cloud, leveraging both security and agility.

In addition to offering more than 300 services within the IBM cloud marketplace based on SoftLayer, IBM is releasing several new options via its Bluemix Platform-as-a-Service offering and the cloud marketplace:

On the marketplace, there are data and analytics offerings, as well as  SoftLayer services, such as multi-enterprise Relationship Management Software-as-a-Service that connects and manages shared business processes across a variety of communities, Time Series Database, which connects applications to the Internet of Things, and Analytics Warehouse, which provides an agile platform for data warehousing and analytics.

Another addition is Cloud Modular Management, a fully automated service management system to help companies to more easily govern new cloud application environments. It enables companies to pick the services they want to manage on their own or have IBM manage for them.

Billions of investment in cloud

In addition to the $2 billion SoftLayer acquisition, the company has devoted:

In addition to new clients, more than 1,000 business partners have signed on to offer services on SoftLayer. They include global players, such as Avnet, Arrow Electronics and Ingram Micro, as well as cloud-based services and solution providers, such as Mirantis, Assimil8, Silverstring, Clipcard, SilverSky and Cnetric Enterprise Solutions.

"We are through all the hard parts of the integration," said Karidis. "The team that’s here is excited and motivated. I don’t know if the integration will ever be done –we’re one of the few acquisitions that has not been gone away and has remained its own brand. We still wear SoftLayer t-shirts and business cards, the only difference is it now says 'an IBM company'. The brand still exists, all of those pieces are still SoftLayer. We do what we have to do to build our business, and the rest of IBM works to make it work on our software. Watson is a great example."