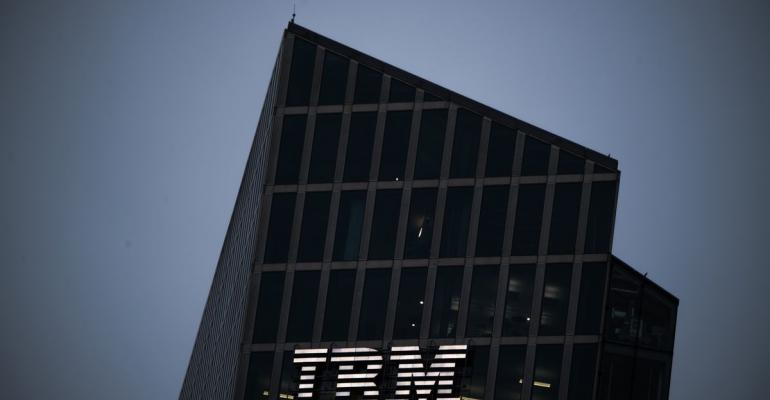 The newer businesses IBM has been counting on to spur future, sustainable growth -- known as “strategic imperatives” -- have yet to fulfill their promise. The group includes IBM’s Watson artificial intelligence program, security software and cloud computing.

Revenue fell 2.1 percent to $18.8 billion in the third quarter, while analysts were expecting $19.1 billion. Cloud revenue, which has become a key metric to watch, grew 10 percent in the period to $4.5 billion. That was slower than the 20 percent expansion in the second quarter. Profit, excluding certain items, was $3.42 compared with projections of $3.40 a share, according to data compiled by Bloomberg.

After six years of declining sales, the 107-year-old company showed gains in the past three quarters. But those were largely due to its legacy mainframes, the massive computers that help power global financial transactions and other complicated calculations for businesses and governments.

A new sales cycle for those computers, launched about a year ago, is now winding down and the newer businesses IBM has been counting on to spur future, sustainable growth -- known as “strategic imperatives” -- have yet to fulfill their promise. The group includes IBM’s Watson artificial intelligence program, security software and cloud computing.

In the third quarter, revenue from strategic imperatives rose 13 percent for the past 12 months to $39.5 billion. That was a slower 12-month growth rate than the 15 percent reported in the previous quarter.

Jim Kavanaugh, IBM’s chief financial officer, said a deceleration in cloud and strategic imperatives revenue growth was due to IBM “wrapping up our most successful mainframe product ever.”

IBM’s mainframe service business is so entrenched in its revenue stream that the company is struggling to distinguish itself as a true player in the cloud revolution being dominated by Amazon.com Inc. and Microsoft Corp., said Ivan Feinseth, an analyst with Tigress Financial Partners LLC, before the results were announced. The real threat for IBM is that demand for its mainframe servers is rapidly fading into nonexistence as "everyone is migrating towards the cloud," Feinseth said.

"They need their new key initiatives, such as the cloud and Watson AI development, to continue to ramp up," he said. "They are growing, but they are not moving the bigger needle and that’s the issue."

On Monday, IBM unveiled a new technology platform to help companies manage security, artificial intelligence and storage services across multiple cloud systems, regardless of where they were built. This is part of IBM’s strategy to make cloud services more compatible with its competitors, rather than taking them head-on as it vies to catch up.