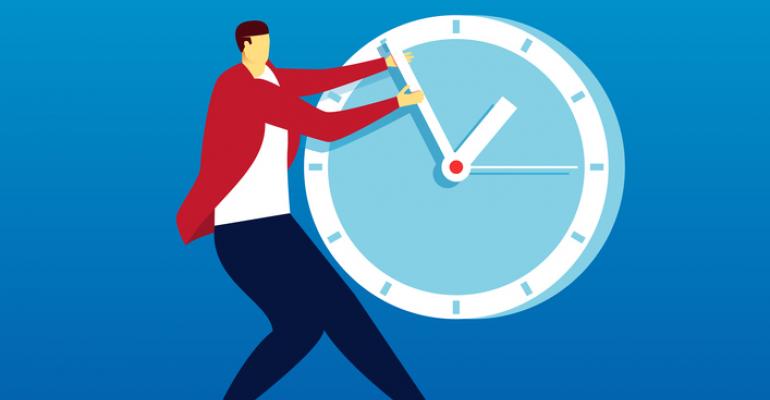 IT leaders are ready to drive digital transformation, but are finding it hard to free up resources tied to traditional IT.

Improving the speed of IT service delivery and leveraging new technology platforms are top priorities for IT teams as they drive digital transformation through 2018. But in a new survey by IDG, IT leaders said that it is challenging to free up resources tied up in traditional platforms in order to fund these new, more strategic projects.

In a survey sponsored by DataLink, IDG found that two-thirds of IT budgets are still tied up in traditional IT and maintenance, with the remaining one-third allocated to more innovative projects. Over the next two years, 44 percent of respondents expect to free up funds from traditional IT projects to support innovation. But over the shorter term, reallocating IT operations costs to reinvest in IT innovation is the top priority for just 12 percent of respondents.

IDG conducted an online survey in September on behalf of DataLink, surveying IT professionals with roles ranging from directors to CIOs and CTOs. The subsequent report, Stakes Rise for IT: The IT Transformation Journey, was released today.

Forty-two percent said that they plan to increase overall IT investment for innovative projects over the next two years. A recent survey of CIOs by Gartner found that the majority already have responsibility for areas outside of traditional IT, including revenue growth and influencing business strategy.

According to the survey, top business goals for IT over the next 12 months include: increasing operational efficiency, improving customer experience, and increasing agility to better support changing business demands.

Leveraging new technology platforms, including public, private and hybrid cloud, and converged infrastructure, is the top priority for 20 percent of respondents over the next 12 months, while 25 percent said improving speed of IT service delivery is their top job.

Though leveraging new technologies, such as cloud, was identified as a priority, 52 percent of respondents said they have actually moved applications and workloads away from public cloud to on-premise in 2017, compared to 38 percent who said the same in 2016. This type of migration seems to be influenced by a perceived lack of control over resources and data, compliance requirements, and reliability or performance issues. Considering these factors, 76 percent of respondents said they are more cautious in moving workloads to the public cloud than one year ago.

When it comes to digital transformation projects, C-level and mid-level IT executives said that IT optimization is either critical or very important. Fifty percent of C-level executives in IT said that they have already made enterprise-wide process, operational or technology changes to support digital transformation. Over one-quarter of respondents (27 percent) said that one or more business units have made the same changes.

Experts agree that while IT plays a critical role in driving digital transformation, they can’t do it alone, and require buy-in from stakeholders from different business units.