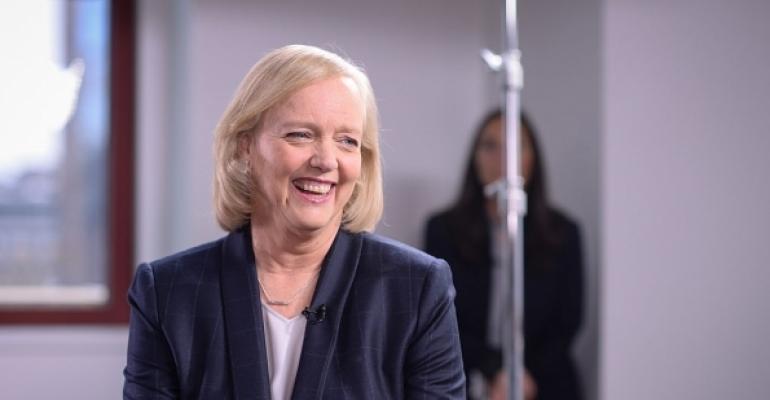 Discover 2017: Distinguishing the 'New' HPE From the 'Old' HP

&nbsp;One of the problems the &quot;new&quot; HPE must overcome is the fact that the &quot;old&quot; HP&#39;s reputation precludes it.

HPE's CEO Meg Whitman's job when she spoke on Tuesday at Discover 2017 in Las Vegas was to define HPE's vision and to explain what it is that HPE does or plans to do. The later may seem odd coming from a company that's been around since before the computer revolution, but HPE itself is a relatively new entity, formed about a year-and-a-half ago when HP split to become two companies. Since the split, HPE has made moves that have been confusing to those watching from the outside, especially given the old HP's propensity to shoot itself in the foot during much of the current century.

Whitman needed to show that the company is stable, on track, and that what it says today it will continue to say tomorrow. In my estimation, she succeeded. After watching the two hour presentation stream online, I walked away with the feeling that the company has its ducks in a row and is committed to a clearly defined and workable mission. That hadn't necessarily been my impression going in.

According to Whitman, HPE is focusing "on three areas that bring you the business outcome you need," starting with the hybrid cloud "where applications run off prem, they run on prem, and more and more, they run at the edge." Although she ran through a list of everything the company has to offer for the hybrid cloud, she was most effective when detailing examples of how the company has helped large organizations migrate to hybrid cloud solutions. Large scale migrations are scary and often go wrong. HPE has evidently been pulling them off without any major glitches, and at a price that doesn't break the bank.

Also confidence inspiring was Whitman's short list of actions the company has taken to fill in the gaps. Among other things, it's formed strategic partnerships with organizations such as Mesosphere and Docker, acquired companies such as SGI to beef up its offerings, and developed working relationships with VARs. In other words, it's doing the things a solutions provider needs to do to stay on game in the hybrid cloud arena.

She was also on point when it came to the edge, which is playing an increasingly vital role in networked computing.

"What do we mean by the edge?" she asked. "The edge, quite simply, is the world outside your data center. It's where you interact with your customers. It's where you manufacture your products. It's where your employees sit. And it's where digital transformation will have the most profound impact on your business, creating new workplace experiences, transforming your operations and creating unique and differentiated customer experiences. It's also where companies are at the most risk of being disrupted.

"The key word here is, of course, 'intelligent,'" she continued. "Because to create these new experiences, we have to understand what's happening in real time. That means more data. It means a lot more data. As data volumes increase in hospitals, factories, workplaces and retail stores, you need an entirely new set of tools to gather, process, move and analyze that critical information that will allow you to make decisions in real time, right where that data is created.

"We're embedding more and more intelligence at the edge, so data doesn't have to travel back and forth to the data center or to the cloud. The reality is that often the data has to be captured and analyzed at the edge, reducing latency and risk."

HPE, of course, is there to help -- with tools like its Aruba line and Edgeline Converged systems.

Whitman's presentation at times seemed like a two hour infomercial. Representatives from satisfied customer companies were brought onstage to profess their satisfaction with their dealings with HPE. Company employees were brought out to talk about projects such as The Machine and introduce products such as a new line of servers. Some new customer friendly approaches to pricing and financing were discussed.

But the most important takeaway was that HPE seems to be focused and on track in a way we haven't seen from an HP company during most of the 21st century, and the split into two companies is beginning to make sense. This doesn't guarantee success -- plenty of "good" companies have failed -- but Meg Whitman appears to be offering the sort of strong and smart leadership that HP hasn't seen since before the days of Carly Fiorina.

One thing's certainly for sure: This new HPE isn't your father's HP.