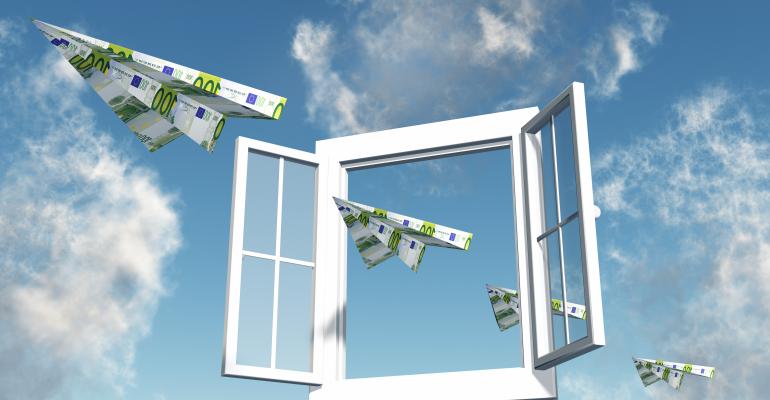 The capex argument for moving to cloud computing is virtually dead.

And while cloud does deliver on its money-saving promises, it only does so early on in a company’s journey.

Later, the pressure cloud computing “puts on margins can start to outweigh the benefits.”

All that comes from two experts at Andreessen Horowitz — the venture capital firm co-founded by two of cloud’s early pioneers. In a blog, Sarah Wang and Martin Casado make a series of – dare we say, compelling – points against the industry’s all-cloud push. Indeed, Wang and Casado rely largely on financial data to make their case.

But let’s back up.

The cloud sector has needed time to mature before anyone could fully understand the economic implications. That’s happening at last. And the results are not quite as sunny as the public cloud providers want people to think, according to Wang and Casado.

Yes, they say, shifting from on-premises infrastructure to the cloud makes sense as an organization gets off the ground. Yet, as that firm scales and growth starts to slow, things change. The long-term cost implications of cloud computing balloon, Wang and Casado say, providing numbers to solidify their stance.

At that point, though, organizations can’t just shift infrastructure. They’re locked in — a situation that can look an awful lot like the single-vendor dependence problems of yore. Regaining infrastructure freedom takes time and money, “and is often considered a non-starter,” per Wang and Casado.

Here’s perhaps the most intriguing part, one that channel partners may want to bear in mind as they work with customers: “[W]hen evaluated relative to the scale of potentially lost market capitalization – which we present in this post – the calculus changes. As growth (often) slows with scale, near-term efficiency becomes an increasingly key determinant of value in public markets,” Wang and Casado write. “The excess cost of cloud weighs heavily on market cap by driving lower profit margins.” Market capitalization, they say, “is being suppressed by the cloud.”

Cloud computing is great, Wang and Casado say. However, its broader consequences are significant.

Here’s how they reach their assertions:

“We show (using relatively conservative assumptions!) that across 50 of the top public software companies currently utilizing cloud infrastructure, an estimated $100B of market value is being lost among them due to cloud impact on margins — relative to running the infrastructure themselves. And while we focus on software companies in our analysis, the impact of the cloud is by no means limited to software. Extending this analysis to the broader universe of scale public companies that stands to benefit from related savings, we estimate that the total impact is potentially greater than $500B.”

Wang and Casado are not pressing for a full switch to private cloud computing. Rather, they’re seeking to show just how much cloud will cost in the long run so organizations (and their channel partners) can make the best-informed decisions now. Not surprisingly, a hybrid approach to cloud computing seems to serve businesses well. Wang and Casado say their research found that moving back into the data center “results in one-third to one-half the cost of running equivalent workloads in the cloud.”

Let’s return to that initial nugget about cloud computing and capex. For years, the channel (and the cloud field as a whole) has championed cloud because it lets companies deploy infrastructure using the operating expenses budget. This is a much more fluid and defensible strategy within the CFO’s office. But that argument is now null, according to Wang and Casado.

“Over the last few years, alternatives to public cloud infrastructures have evolved significantly and can be built, deployed and managed entirely via operating expenses instead of capital expenditures,” they write.

OK, what about cloud computing saving organizations money? It does that, the analysts say — again, however, only in the beginning. And it supports innovation and flexibility, necessary attributes for any organization. The problem arises when large organizations (which includes startups as they reach scale, Wang and Casado said) pay the price for cloud in their margins, “locking up hundreds of billions of market cap that are now stuck in this paradox: You’re crazy if you don’t start in the cloud; you’re crazy if you stay on it.”

The solution, they say, lies in the middle ground. Companies “need to optimize early, often, and, sometimes, also outside the cloud,” they add.

Here’s something else to consider, a bit of “dramatic irony,” as Wang and Casado put it: “Part of the reason Amazon, Google, and Microsoft – representing a combined ~5 trillion dollar market cap – are all buffeted from the competition, is that they have high profit margins driven in part by running their own infrastructure, enabling ever greater reinvestment into product and talent while buoying their own share prices.”

Check out Wang and Casado’s blog for more, including in-depth recommendations. Along the way, consider how cloud helps a client now, but could hurt them in the future. Planning ahead can save everyone a lot of headache and financial frustration.

“If you’re operating at scale, the cost of cloud can at least double your infrastructure bill,” Wang and Casado write.