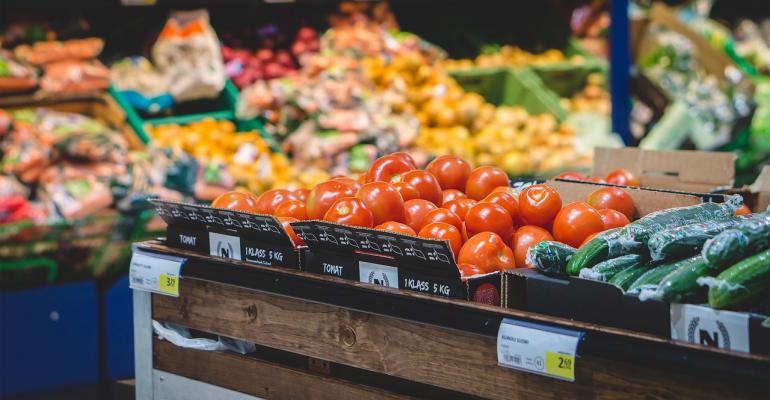 As cloud competitors keep cutting prices, questions about how much total savings stack up

Deciding between cloud services is not an apple to apple comparison, but thinking of cloud pricing in terms of a basket of groceries can actually be helpful in tracking cloud price trends over time.

Dr. Owen Rogers, research director of the Digital Economics Unit at 451 Research, has been studying cloud pricing for the past three years through 451's Cloud Price Index, a quarterly study that looks at of the costs of public, private and managed clouds.

“The approach we take is similar to inflation. So a typical measure of inflation around the world takes a basis of a basket of groceries, which you or I would buy every week, and it prices up that basket of groceries from quarter to quarter to see how the price of that basket is changing,” he told ITPro in an interview. “That’s essentially what we do with cloud services. We have a bunch of different types of cloud services including storage, compute, database, etc. and we price that up every quarter from about 60 cloud providers covering 90 percent of the global infrastructure as a service (IaaS) market.”

Rogers, who has worked at 451 Research for the past four years, has a PhD in cloud economics from the University of Bristol. The launch of the Cloud Price Index came as there was a lot of media coverage about cloud being a commodity and speculation that private cloud was going to die.

“There were all these myths around what was happening with very little data,” he said. “The study broke down a lot of myths, we found the market was still really competitive, and pricing was changing all the time, but it wasn’t running away with itself.”

That was back in 2013 when the big three hyperscale cloud providers – Amazon Web Services (AWS), Microsoft Azure and Google – were slashing prices on virtual machines roughly every six months.

Around this time a lesser known IaaS vendor was introduced in the U.S. Based in Cambridge, Mass., ProfitBricks, which operates exclusively through the channel now, was very vocal about cloud pricing cuts, calling it a “fake cloud price war.”

“A lot of the media and press were covering price cuts, and what was the true cost of cloud computing,” ProfitBricks VP of business development Aaron Garza said. “The big message when we hit the market was the price cuts that were being announced were not really major price cuts that benefited clients, especially end-users.”

Since 2006, AWS has announced more than 50 price cuts, Garza said, “but if you look at the overall cost savings for a client who has been with them that long it’s very minimal, maybe 16 to 18 percent.”

ProfitBricks charges by the minute and decoupled resources on VMs so everything is modified independently.

How Cloud Vendors Are Able to Cut Prices

So how does a cloud vendor actually determine when to lower cloud prices? Operational efficiencies certainly could be a factor, but realistically it’s just good publicity, said Rogers.

“Really the operational benefits service providers get happen all the time and they slowly squeeze their costs so they are getting more margins,” he said, noting the margins for virtual machines are still in the 50 percent range. “Theoretically then they should pass on these margin differences all the time, but they don’t, they pass them on every six months or a year.”

“The price cuts from the hyperscalers generate a lot of publicity for them, and it might make each of them seem more attractive in their certain niches or during a certain proposal stage, but ultimately I think we live in a market where buyers want something more than just a cheap service,” Rogers said.

It is also important to remember that a cloud vendor like AWS, Google or Microsoft has a huge portfolio of services, so if they lower prices on one cloud service, they are likely able to make up the difference in another area of their portfolio.

According to Garza, “Artificial price cuts are marketing messages and I’ve talked to many partners who have been longtime clients of AWS and said, ‘yeah, I don’t know if these are real price cuts.’”

Hyperscale vendors like AWS, Microsoft and Azure are able to use their scale to drive down their own costs, which Garza calls the “Walmart approach” where volume helps them negotiate discounts on hardware, servers, network routers and more.

Another aspect is innovation where vendors are building their own gear, making it cheaper to operate servers and data centers.

But the biggest key for any vendor to drive cloud costs down is predictable growth, Garza said. “Not just existing customer base growth, but new growth,” he said.

“The key for these guys to continue to be profitable is to grow at a very high pace, and I think the growth and the saturation of the market will reach a certain point where it’s going to be difficult for cloud providers to continue to drive pricing down until there’s some sort of major technical advance,” Garza said.

What’s Next for Cloud Price Cuts

More recently, 451 Research has seen a new cloud pricing battleground emerge: object storage. In a study released last month, 451 Research said that object storage prices have dropped in every region, falling 14 percent over the past 12 months. This is significant compared to price cuts on virtual machines, which are more in the range of four to five percent, Rogers said.

Rogers believes the next area of price cuts to watch is relational databases.

“All enterprises have some kind of relational database, so it seems like next obvious thing to migrate to cloud,” Rogers said. And once they migrate, price cuts will follow.

Cloud Price Wars May be Over as Microsoft Set to Increase Azure Charges
Jul 06, 2015