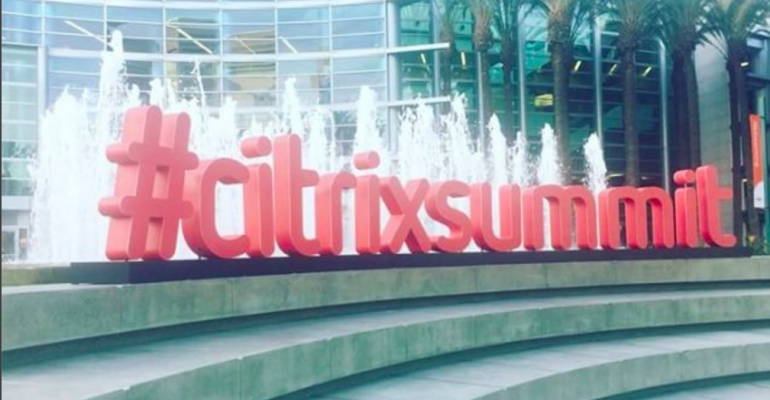 This January 2017 I met with Calvin Hsu, Vice President of Product Marketing, Windows App Delivery for Citrix to discuss Citrix’s announcements from their Summit 2017 keynote in Anaheim. Summit is Citrix’s professional development technology conference for partners and Kirill Tatarinov, President and Chief Executive Officer of Citrix, kicked off the conference discussing the digital transformation that’s taking place in businesses today.

Calvin explained that since Tatarinov took the helm of Citrix in early 2016, one of the primary goals for Citrix is to reinvigorate their relationship with Microsoft. Krill has deep experience with Microsoft and was formerly Executive Vice President of the Microsoft Business Solutions Division and prior to that he was in charge of the Microsoft Windows management technologies including Microsoft System Center.
Citrix’s aim is to provide a management platform that enables customers to manage workloads on the infrastructure they use today and also give them the ability to migrate these workloads to one or more clouds.

PJ Hough, Senior Vice President, Product for Citrix explained “With these products and services, Citrix and Microsoft are meeting partners and customers wherever they are on their journey to the cloud, whether they continue to keep IT infrastructure on-premises, or they are moving to hybrid cloud or public cloud deployments.”

In other news Citrix announced that NetScaler, their application delivery controller, would be integrated with Intune. This integration provides the ability to make sure devices using NetScaler meet the requirements of the organization’s management policies. NetScaler can validate that any device attempting to access on-premises resources is known and meets the compliance requirements specified by Intune.
Citrix also announced the acquisition of Unidesk. Unidesk provides an application packaging and management technology called layering which separates apps from the underlying operating system streamlining app deployment and management. Citrix will continue to sell Unidesk as a standalone product for VMware Horizon and Microsoft virtual desktop deployment customers.