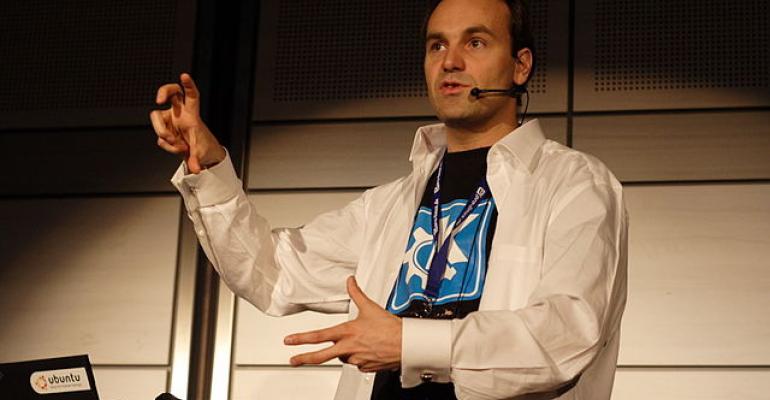 Canonical's Dropping of Unity Is Only the Iceberg's Tip

When the different news stories coming out of the Isle of Man are pieced together, it appears that something major is afoot at Canonical.

The news that Ubuntu will be dropping development of key desktop components is probably going to eventually be a boon for enterprise users, especially in the cloud. I say "probably," because there seems to be some kind of shakeup happening at the Linux distribution, and we'll need to see how things pan-out before we can trust what our crystal ball is telling us.

According to an announcement made Wednesday by Canonical founder Mark Shuttleworth, beginning next year Ubuntu will be dropping its home grown Unity desktop, replacing it with GNOME, which will bring it full circle to its beginnings as a Debian based GNOME distribution. As they say, everything old is new again.

In addition to Unity, definitely gone are the Ubuntu phone and convergence, that nifty little feature that automatically switched a phone from a mobile interface to a full scale Linux desktop merely by plugging it up to an external monitor and keyboard. Probably gone as well is Mir, Ubuntu's still under development display server, since GNOME is designed to work and play well with Wayland, and Mir development hasn't gone as smoothly as originally anticipated.

Wednesday's announcement made it appear that the sole reason behind these moves was to refocus company resources away from the desktop, where it's almost impossible to make money, to the cloud, where Canonical has recently found success and a steady stream of income.

"The cloud and IoT story for Ubuntu is excellent and continues to improve," wrote Shutleworth. "You all probably know that most public cloud workloads, and most private Linux cloud infrastructures, depend on Ubuntu. You might also know that most of the IoT work in auto, robotics, networking, and machine learning is also on Ubuntu, with Canonical providing commercial services on many of those initiatives. The number and size of commercial engagements around Ubuntu on cloud and IoT has grown materially and consistently."

The notion that Canonical was merely shifting resources away from the desktop and phone to the cloud and IoT was strengthened by an announcement on the same day from Udi Nachmany, the company's head of public cloud, of a Ubuntu kernel specifically tuned for AWS.

There might be more to this story than the cloud versus the desktop, however. A shakeup appears to be in the works at Canonical.

Not long after Shuttleworth made his announcement, The Register reported that over half of those working on the Unity project had received pink slips. The article went on to say that other departments at Ubuntu were also seeing large layoffs.

"Jobs are also going in other parts of the organization. The cuts came after Canonical founder and millionaire Mark Shuttleworth's decision to seek potential outside investors. These investors determined that Canonical was overstaffed and some projects lacked focus."

According to The Register, these job cuts ranged from 30 to 60 percent per department.

"The cuts were part of a package to have departments function according to what Shuttleworth called 'industry-standard' metrics – revenue, costs and margins. He wouldn't comment on the 30 and 60 per cent figures but admitted there were 'adjustments' outside Unity."

In other words, the "big news" of Ubuntu dropping Unity and its phone to focus on the enterprise is only the tip of the iceberg. Going forward, it appears, Canonical will be more tightly focused on profitability, which in addition to job cuts, will mean eliminating projects that aren't being monetized. This means the desktop edition is probably destined to eventually be dropped, especially since users will have the numerous independently developed (and officially sanctioned) "baby *buntus" as options.

For several years media pundits have been looking to the day when Shuttleworth will tire of pouring his own money into the company he founded. It appears that day has arrived and that he's trimming away the fat in order to attract investors.

And there might be more news on the immediate horizon. This morning Michael Larabel at Phoronix reported that he's heard a credible rumor that CEO Jane Sibler might be on her way out, to be replaced by Shuttleworth, who stepped down from the position in 2010. At this point, it wouldn't surprise me if that turned out to be true. Stay tuned...