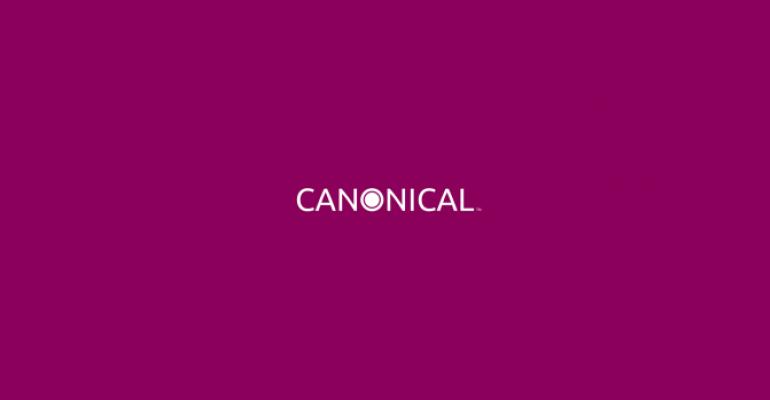 It&#39;s been a wild and crazy couple of weeks on the Isle of Man. As the dust settles, the brouhaha can probably best be summed up with words that ended a classic rock album: &quot;Meet the new boss, same as the old boss.&quot;

With what we now know -- that Canonical is working overtime to attract investors -- it become apparent that the activity we've seen coming from the Isle of Man during the past week or so is a carefully orchestrated series of events designed to both reassure its enterprise customers and to get word to potential investors that Canonical is getting its priorities in order.

It all started last week with Mark Shuttleworth's announcement that the company is killing Unity, which has been Ubuntu's default desktop since 2011. Development of Unity 8 is ceasing immediately, he said, and Unity 7 will no longer be the default desktop, beginning with version 18.04 which will be released next April. With the death of Unity comes the death of Ubuntu's phone and convergence efforts, which never got traction, as well as the company's go-it-alone display server, Mir, which had been seen as a disruption by many Linux developers. Mir will still have a life, however, in the company's IoT offerings.

That Shuttleworth was serious about his stated intentions to focus the company's efforts on the enterprise, particularly the cloud and IoT, was reinforced with a same day announcement of the release of a Ubuntu kernel specifically tuned for AWS, where Ubuntu is the most frequently deployed Linux distribution. There was also news of massive layoffs, which included the first public disclosure that the company was seeking outside investors. By last Friday, there were rumors that CEO Jane Silber would be stepping down from her position in order to give the job back to Shuttleworth.

That "rumor" turned out to have merit. On Wednesday, the day before the release of Ubuntu 17.04 "Zesty Zapus," Silber announced that she would be leaving the post in July and that Shuttleworth would officially be back in the catbird seat. "Officially," because as the de facto owner of Canonical, he's always been in charge. Silber will remain with the company, at first moving to become a member of the board of directors. "In terms of a full-time role," she said, "I will take some time to recharge and then seek new challenges."

At this point, enterprise users of Linux, especially in the public cloud where Ubuntu dominates, are probably wondering how this heightened focus on the cloud and IoT will manifest. So far, that's anybody's guess, but I suspect we're going to get an inkling about what the company's decision makers have up their sleeves pretty quickly, as the Ubuntu team seems to be at the ready for the quick rollout of products to underscore the company's commitment to its business users.

Just as it did with the announcement of the AWS ready kernel last week, on Wednesday Ubuntu announced the release of Canonical Distribution of Kubernetes (CDK) supporting Kubernetes version 1.6.1, at about the same time as Silber was making her resignation announcement. Although this isn't really such a big deal -- it's an incremental keep-up-with-the-technology release of an existing product -- the timing of the announcement indicates it's meant to re-enforce the perception that Canonical now puts the enterprise first.

Thursday's release of "Zesty Zapus," Ubuntu's latest and greatest, also fit seamlessly in this playbook. Not long after its release, Canonical posted an item on its website reminding users that the new release supports the "widest range of container capabilities," pointing out that it supports Kubernetes, Docker, LXD and its own home-grown Snaps.

"While containers are the name of the game in cloud today," Shuttleworth said in the notice, "I would also highlight the speed at which snaps are enabling developers to deliver the very best bits to Linux machines on Ubuntu and other distributions, from the desktop to the cloud and beyond, at the edge of computing."

One area to watch going forward is whether the company attempts to move into markets that currently might be said to belong to Red Hat. Since beginning its efforts to move into enterprise markets five years ago, the company has focused its attention on areas that aren't directly competitive with Red Hat's core businesses. While that's likely to continue, we can probably expect to see Canonical begin taking baby steps into the peripherals of Red Hat's markets. Expect to see work with projects such as OpenStack to increase, as the company seeks to leverage its dominance in the public cloud to grow its presence in private datacenters, especially with SMBs.

As for IoT, don't be surprised to see Canonical double down on security, both to protect data streams for big business and to produce better boilerplate security solutions for makers of consumer connected devices.