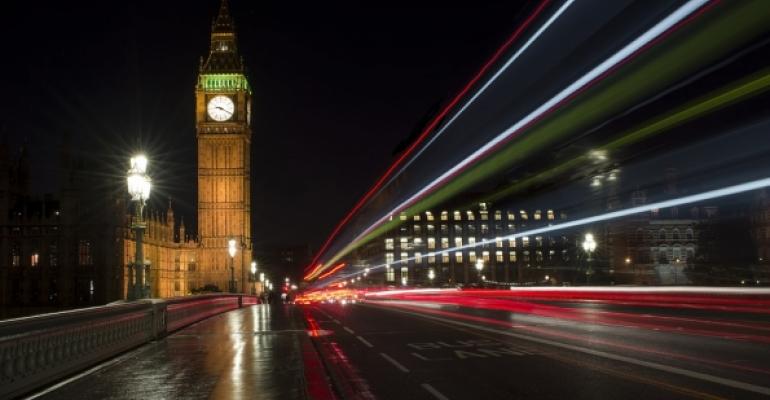 Bracing for Brexit: How your IT department can prepare for the coming changes

Chaos. Mess. Uncertainty. If you’ve been following the aftermath of the Brexit vote on June 23, where U.K. citizens opted to leave the European Union (EU), then you’ve likely seen numerous articles referring to Brexit using these words -- none of which are very comforting if you run an international business or use cloud services, which are inherently global.

Changes in policies around data privacy and portability, immigration, and other key areas that impact doing business in the U.K. could have a massive impact on cloud services for both service providers and end-users.

This uncertainty is exacerbated when you look at the political climate in the U.K. British Prime Minister David Cameron stepped down abruptly after the votes were tallied, and his expected successor Boris Johnson followed with an announcement last week that he would not be running for PM. This political mass exodus is somewhat alarming to U.K. businesses, who seem to be operating in limbo; not only until the fall when a new party leader is elected, but also for the next two or so years it will take before the U.K. leaves the EU, if at all. (Since the vote is not legally binding, there could be a second U.K. referendum.)

"Right now, there are so many steps before the U.K. can leave, one cannot predict whether it will leave and under what conditions," said Françoise Gilbert, a lawyer specializing in international technology and IT issues with Greenberg Traurig. She said that there was some silver lining to the complexity. "Whatever happens in the next will not be too drastic, and it will take many, many years."

But for companies watching Brexit unfold, there's still a lot of uncertainty. Keep reading to find out what you need to know as you plan for expansion to the U.K., what happens to your existing data in the U.K., and what Brexit could mean for cloud as we know it, along with some practical, actionable tips for weathering Brexit.

The bigger the cloud, the less impact?

Some cloud providers and data center services providers seem as committed as ever to the UK cloud market. For example, Amazon Web Services (AWS) has announced its intention to continue with plans to open a London data center in the fall, saying that it was watching the situation but for now it’s “business as usual.”

Global colocation provider Equinix said its strong presence in the major metros across Europe (the company has data centers in 63 data centers in Europe and the Middle East) puts it in a strong position regardless of how Brexit is implemented.

"The outcome from the Brexit vote is complex and will unfold over the next several months. During that time we’ll be closely monitoring how the exit will be implemented,” Eric Schwartz, President, Equinix EMEA said. “Having said that, Equinix’s business continues to be driven by secular growth of global data traffic and the massive shift in IT to support this data explosion."

Of course, AWS and Equinix are two companies with a massive amount of infrastructure; even if their UK investments suffered, they have multiple points of presence in the rest of Europe to serve customers across the continent.

IT spending to take hit

Smaller businesses may want to be a little more cautious in their U.K. play. Gartner research vice president John-David Lovelock suggests that “new larger, long-term strategic [IT] projects will now be put on pause and likely not restarted until 2017 when the outlook with the U.K. outside the EU becomes clearer.”

Lovelock said that as a result of this pause in IT projects, the U.K. will see negative IT spending growth in 2016, and the effects may spread to Western Europe as well.

In a survey of its U.K. members, IT trade association CompTIA found that 38% of respondents expected the Brexit to impact purchasing decisions, with another 16% of respondents unsure if there would be an impact. Almost a third of respondents thought the move would have a negative impact on their companies' profitability.

Global head of Gartner Research Peter Sondergaard recommends that company CIOs create “a small, virtual task force, or ‘Office of Brexit’, to act as a project team preparing for the eventual changes.”

Creating this in-house team that can keep the rest of the company up to date on Brexit, and assess all potential issues that could come up, it’s also a relatively straight-forward way for a company of any size to prepare for any outcomes of Brexit that could have an impact.

Brexit touches many areas of the business, so be sure to include others outside of IT when forming your “Office of Brexit.” Once you’ve established this group, what are some of the areas you should be looking at? We asked the experts to come up with three considerations to keep in mind as you assess the impact Brexit may have on your business.

According to Forrester, uncertainty over privacy regulations will make it difficult for companies operating in the U.K., who could previously share data with systems in any of the other 27 EU countries.

If the U.K. leaves the EU, it may need to become a trusted entity like Canada or Switzerland, or pass new privacy laws that meet the EU General Data Protection Regulation (GDPR), according to Forrester. This latter part is critical for EU companies who must comply with the GDPR, so these companies may migrate workloads elsewhere in Europe.

A lot of the open questions won't be resolved for a while: Once the U.K. officially submits that it is withdrawing from the EU, a two-year negotiation period will kick off, at which point those kinds of agreements would be worked out. But it's not too soon to start assessing what data could be impacted, and starting to plan on ways to dampen the impact gradually.

"I would start with doing an evaluation: Where is my data, where are the people with whom I interact, what are the rules around the data we have, where are my servers," said Gilbert.

Good IT personnel are hard to find, and may become even harder to retain in the U.K. if Brexit goes through.

According the the CompTIA study, 22% of respondents said their employment strategy will change if Britain leaves the EU.

"IT departments in the U.K. will find it difficult to hire new staff as freedom of movement in 27 EU countries will no longer apply," said Chris Byrne, founder and chief executive of SensorPro, which is based in Ireland. "Costs for Tech staff will increase due to a shortage." He noted that already, Ireland was working to poach firms that are concerned about the changes, writing to over a thousand companies that the country was interested in helping those looking to relocate.

Gartner says that in order to reassure employees, clear communication with “key employees whose roles look to be impacted” is crucial. Employers will also want to review where key IT staff is located and how certain skill set hubs might be affected.

Immigration is one of the key issues in the Brexit negotiations in the U.K., where more than 3.2 million non-UK nationals were employed as of 2015, accounting for six percent of the total workforce.

If you have data stored overseas, you are already aware of the nuances and complexities of data privacy regulations. And you likely have existing relationships with suppliers and vendors who should be able to help you navigate it if you ask the right questions.

European colocation provider Interxion director of cloud strategy Vincent in't Veld said that service providers should engage with their suppliers in the U.K. in order to stay ahead of Brexit.

The exit might also have an impact on your options for vendors: Between an economic downturn that is already taking shape and increased regulation in making deals, many expect fewer international companies to come calling, including those that aren't even based in the EU to begin with.

Almost a third of respondents in the CompTIA survey said that they believed U.S. IT vendors would emphasize the U.K. less if the country left the EU.

Microsoft opens up Azure cloud in Germany even it can't access easily
Mar 15, 2016