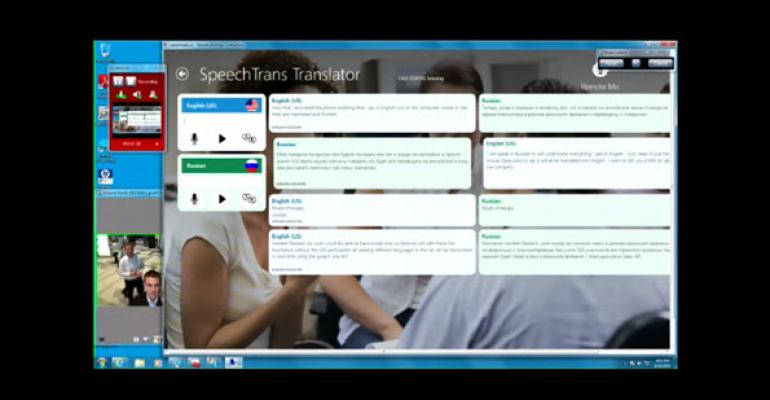 Following up on an earlier article where I talked about SpeechTrans making waves over Microsoft's May 27th announcement at the Re/code conference about Skype's upcoming language translator service, SpeechTrans has now provided their own HP Discovery demo.

What's most interesting about SpeechTrans' technology is that the company is not just developing for voice communications, but also intent on delivering the patent pending technology as a real-time controller for Smart Homes. This will allow applications to be developed in any language and then SpeechTrans' technology can be utilized to convert commands into the local language.

HP is already piloting the SpeechOne API to be used in the company's HP MyRoom virtual meeting solution.