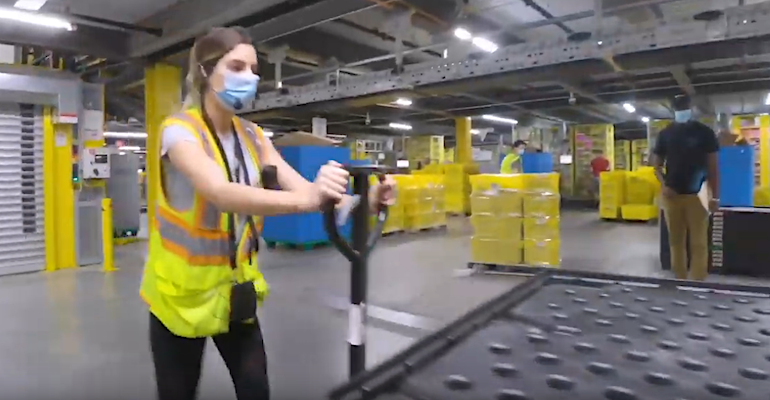 Amazon
Amazon said 19,816 frontline Amazon and Whole Foods employees — or 1.4% out of a total of over 1.37 million — have tested positive or been presumed positive for the virus between March 1 and Sept. 19.
Cloud Computing and Edge Computing

The Seattle company said it will spend an additional $1.2 billion by 2025 on education and skills training, including, for the first time, paying the complete costs of college tuition. Amazon has offered a range of educational and job-training perks focused on in-demand fields like nursing and trucking since 2012, many under the banner of its Career Choice program.

Beginning in January, more than 750,000 of Amazon’s U.S. employees, mostly hourly workers in its logistics unit, would be eligible for paid tuition at “hundreds” of education partners, the company said Thursday in a statement. The benefit applies to workers seeking bachelor’s or associate degrees, as well as high school completion and English as a second language proficiency certificates.

The announcement follows similar moves from some of Amazon’s biggest retail rivals. Walmart Inc. in July said it would pay the costs of tuition and books for its hourly staffers. Target Corp. last month said it would offer free undergraduate degrees to  more than 340,000 employees at its U.S. stores.

Amazon on Thursday also said it would launch three new skills training programs focused on teaching employees about information technology, cloud computing, and user experience design. The company said it aims to provide educational funding and skills training to some 300,000 workers over the next four years, or about 30% of the company’s U.S. workforce.

Study: No Cybersecurity Training Required at Top US Universities
Apr 12, 2016