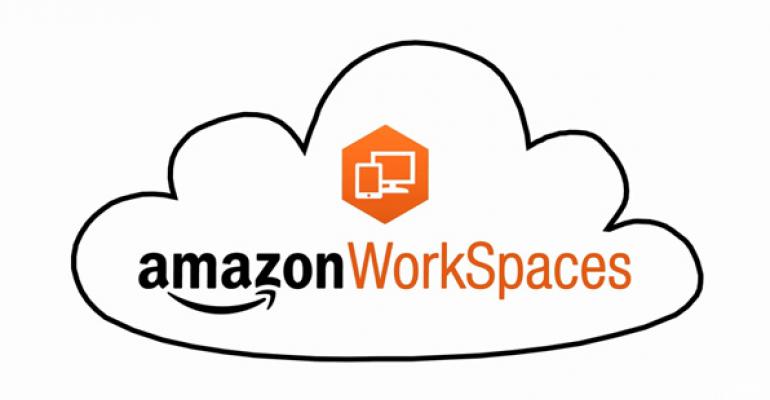 Amazon today announced a new service called Amazon Workspaces, which brings fully-managed desktop computing services to its AWS cloud. Using a technology called Virtual Desktop Infrastructure, or VDI, the Amazon solutions lets users use the device of their choice—iPad, Kindle Fire, or an Android tablet—but still have access to the PC solutions they need for work. And of course, this being Amazon, the big benefit here is the low cost: Amazon says Workspaces costs less than half the price of traditional VDI solutions.

"Over the past couple years, the new service customers have requested most frequently is a virtual cloud desktop service," says Amazon WorkSpaces general manager Gene Farrell. "They've been frustrated by the available options – traditional desktops that are hard to manage and keep secure, or virtual desktops that are expensive and deliver inconsistent performance. Amazon WorkSpaces aims to address these issues by offering secure, easy-to-manage, high-performance desktops in the cloud at a fraction of the price of traditional VDI."

The Amazon solution appears to be a modern solution to an age-old issue. As you might expect, Microsoft has long sat on both sides of the VDI debate, with the Windows client team arguing for rich desktop environments while the Server team has pushed Datacenter-centric VDI solutions in which end users access the desktop through thin clients.

In the Amazon Workspaces approach, modern tablets take the place of thin clients and the cloud—Amazon's AWS—taking the place of an on-premises datacenter. (Users can also access Workspaces from Macs and PCs, of course.)

To manage latency issues, Amazon has licensed technology from Teradici, including a PCoIP (PC-over-IP) protocol that compresses, encrypts and encodes users' desktop experiences and transmits "pixels only" across the Internet.

Pricing is $35 to $75 per month depending on the performance and software levels required. Higher-end Workspaces subscriptions include Microsoft Office, for example.

You can learn more, or sign up for a free preview, on the Amazon Workspaces web site.