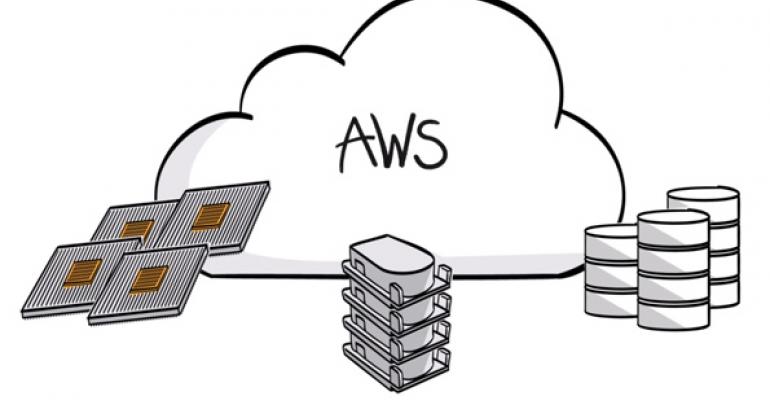 An Amazon Blueprint for Microsoft's Devices and Services Vision

10 years ago, Amazon reinvented itself as a devices and services company

As we wait for the white smoke to billow out of Building 34 on the Microsoft campus—we're in week 10 of the Microsoft CEO Watch (tm) as I write—I was reminded recently that the software giant isn't the first tech company to walk the "devices and services" path. But whereas companies such as Apple and Google are certainly obvious inspirations for this direction, there's another company that perhaps provides an even better example. Believe it or not, I'm talking about the online retailer Amazon.

I came across this information in an interesting new book called The Everything Store: Jeff Bezos and the Age of Amazon. (Irony alert: Here's a link to the Kindle version.) As you might expect, I'm a voracious reader of industry books, and although much of the Amazon story doesn't exactly qualify, there are some instructive bits of Amazon history that do indeed apply directly to Microsoft's current strategy.

In the early 2000s, Amazon founder Jeff Bezos correctly worried that online shoppers would simply use the increasingly ubiquitous Google search engine instead of his website. So he jumpstarted a series of projects within the company that would bolster its tech aspirations. These efforts are fascinating to me and speak to Mr. Bezos's leadership abilities. First, he "relentlessly advocated for taking risks outside of Amazon's core business, pushing back against what he called 'institutional no,' the predictable and reflexive way in which successful companies push back against moves in unorthodox directions." And inspired by some advice from tech publisher Tim O'Reilly and a video game insider book called Creation, Bezos and Amazon pretty much invented cloud computing as we know it today.

The most compelling part of this invention, I think, was the understanding that Amazon would never be able to predict what developers would do if Amazon released its own APIs, and that any such predictions would just be "guesses based on patterns of the past." Instead, Amazon elected to create so-called primitives instead, breaking down its infrastructure into the smallest, simplest components imaginable and letting developers freely and flexibly access them.

"Developers are alchemists," Bezos said of these efforts in 2004. "And our job is to do everything we can to get them to their alchemy."

Amazon engineers created a short list of initial cloud computing primitives—storage, bandwidth, messaging, payments, and processing—and then built teams to create them. It was built on the open-source Xen virtualization solution and resulted in Elastic Compute Cloud (EC2), Simple Storage Service (S3) and then the entire Amazon Web Services (AWS) infrastructure. The AWS mission statement was simplicity itself, although we need to remind ourselves that this was written eight long years ago: "Enable developers and companies to use Web services to build sophisticated and scalable applications."

The best part about AWS? Amazon needed it too—Bezos considered it a utility, like electricity, and called it "infrastructure computing"—and it was so low-cost that it lost money initially. This was by design: Bezos wouldn't repeat Steve Jobs' mistake with the iPhone, in that the device was so fantastically profitable that it immediately attracted broad competition. Instead, by losing money on this crucial foundation for the future, Amazon ensured that its well-heeled competitors—such as Google and Microsoft—would ignore "infrastructure computing" to focus on the safer businesses they were already dominating. And that's exactly what happened.

Google chairman Eric Schmidt admits to the sudden realization, two years too late, that every startup he met with was using the AWS back end. Oops. Google's similar offering, Compute Engine, wasn't announced until 2012. Even Microsoft got to market more quickly with Azure in 2010.

On the devices front, Amazon obviously makes the popular Kindle platform, which consists of the e-books and related content as well as dedicated e-book readers and a growing line of tablets that compete with the iPad and Android-based tablets. In this case, Amazon wasn't just doing something unorthodox. It was competing with its core business: selling books. If Kindle was successful, it would mean that Amazon's core business would have to die.

So be it: In a move straight out of The Innovator's Dilemma, Bezos in 2004 instructed the nascent Kindle team not to be hobbled by concerns about the firm's then-successful book business. "Your job is to kill your own business," Bezos told the man running the Kindle team. "I want you to proceed as if your goal is to put everyone selling physical books out of a job."

The theory here is as simple as it is sound: Bezos believed that if Amazon didn't kill off traditional publishing by pushing its own e-book platform, then Apple or Google would. The Kindle platform had audacious goals, including a free cellular connection that would let readers shop and download books over the air and not need to connect the device to a computer. And Amazon pushed traditional publishers to digitize their books, making e-books a mainstream product and not just a niche reserved for certain titles.

Today, Kindle is of course the dominant e-book reader platform. And although Amazon is widely rumored to lose money on its device sales, the firm doesn't seem concerned: It's put a Kindle app on every mobile platform imaginable, and you can read Kindle books on the web, too.

Taken together, these two Amazon initiatives—cloud computing and devices—don't just obviously provide the inspiration for what Microsoft would do several years too late. They also provide the blueprint. What's sad is that Microsoft could have followed this blueprint a decade ago. Instead, it killed off projects, such as NetDocs, an early web-based office productivity solution, that competed with core products. It pushed Windows over new initiatives. It moved too slowly into cloud computing and devices, despite repeated internal warnings from people such as Ray Ozzie that companies like Apple and Google were stealing its customers.

It's not too late. Microsoft still has huge and successful businesses—as Amazon did a decade ago in things such as traditional books—that can keep the ship afloat while this transition is made. But if it needs inspiration for its new strategic path, Microsoft doesn't need to mimic its Silicon Valley enemies. Amazon is right next door, in the Seattle area. In fact, I'm pretty sure it's poaching Microsoft employees as you read this.